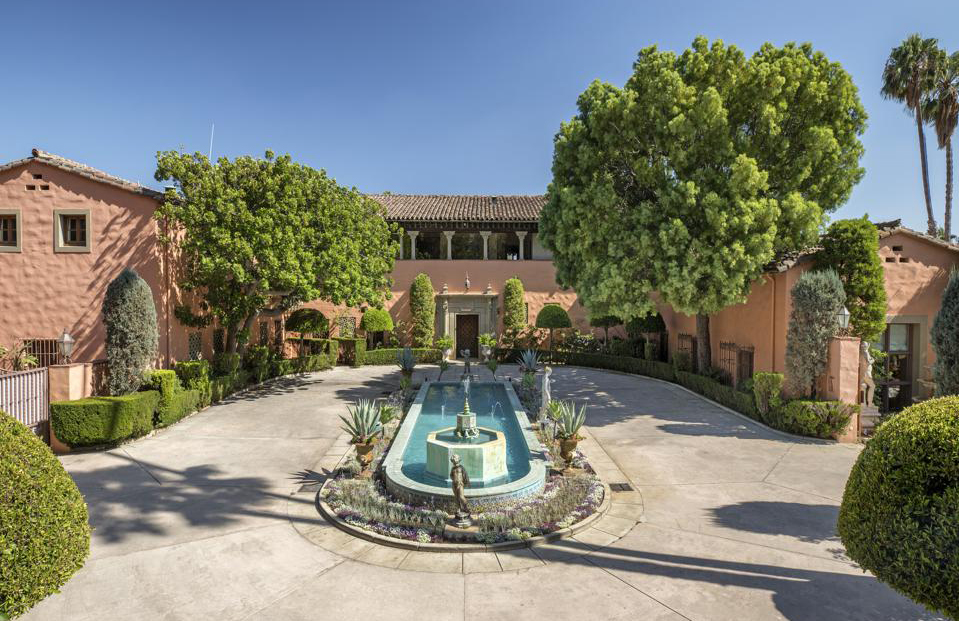 06 April 2021: Beverly House is almost as famous as the many films that were shot there, including cult favourite The Godfather and 1990s hit, The Bodyguard. It’s back on the market for $90m – with $100m slashed from its 2016 asking price.

The 29,000 sq ft Spanish style mansion was built in 1927 by Hoover Dam designer Gordon Kaufmann. It counts newspaper magnate William Randolph Hearst and actress Marion Davies among its former owners and has been the backdrop to some major pop culture moments. Jackie O and JFK honeymooned there; the infamous horse head scene from The Godfather was shot in one of its 18 bedrooms, and Beyoncé used it as a film location in Black Is King.

But all that glitters is not gold: current owner, financier Leonard Ross, bought the mansion in the 1970s but was forced to declare bankruptcy in 2010. Since then it’s languished on the market and is currently listed with Amalfi Estates for the relatively bargain price of $89.75m.

Despite its reduced price tag, Beverly House’s interiors remain exceptionally lavish. Hand-painted ceilings, a wood-panelled library, a ballroom and an Art Deco nightclub are all contained behind its salmon-pink exterior – a snapshot of old Hollywood meeting new. Rooms are, arguably, in need of refurb, but there’s plenty of solid original elements to work with including parquet floors, stone fireplaces and terracotta tiles.

The Los Angeles property’s no less extravagant outside either, with grounds including an Olympic-sized pool with a waterfall, as well as an 800-foot driveway.