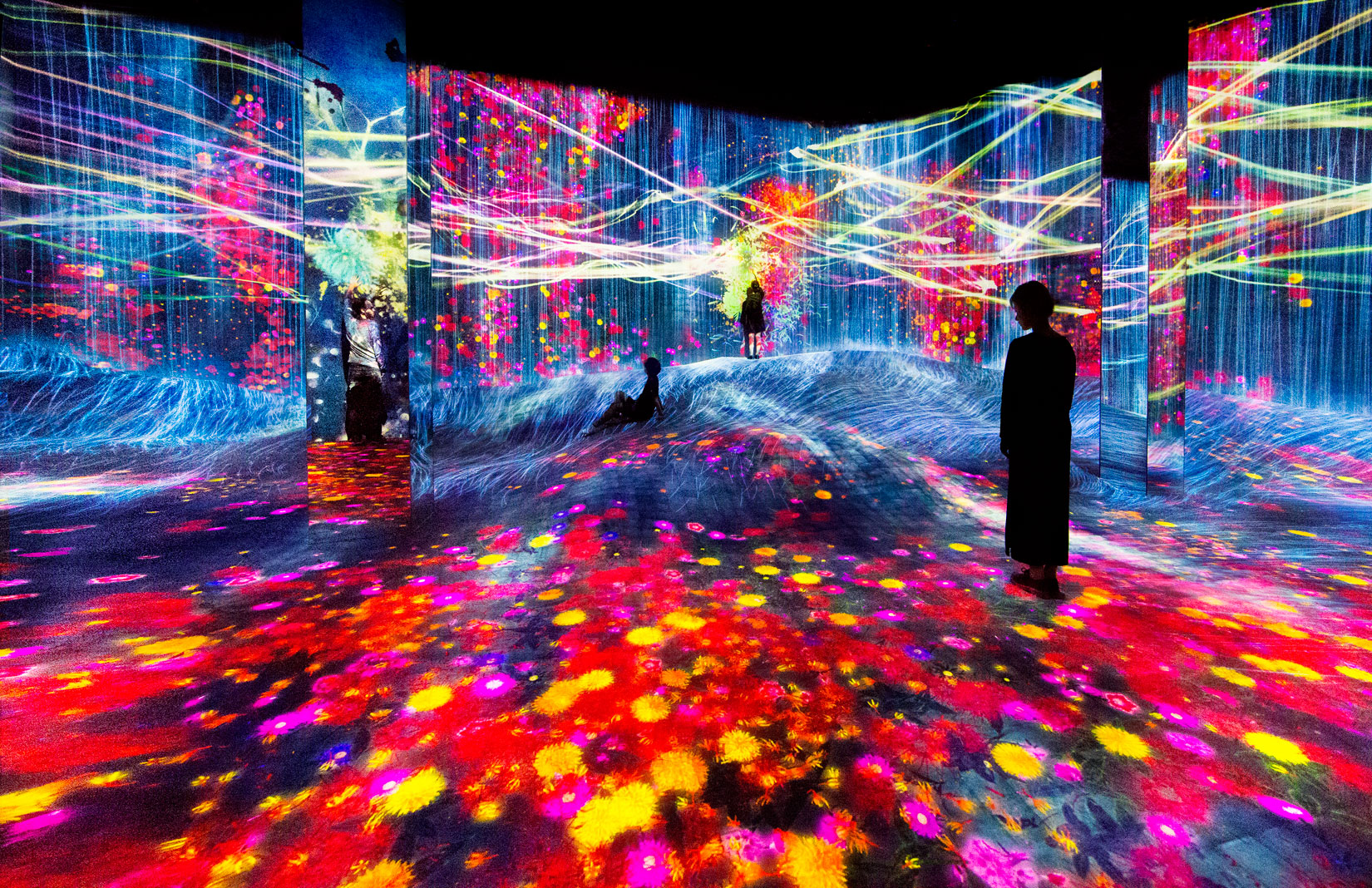 'Universe of water particles on a rock hill' / 'Forest of flowers and people' / 'Lost'. Courtesy of teamLab Borderless Shanghai

Immersive visual arts collective TeamLab is putting the finishing touches on its Borderless Shanghai Museum – a year after opening its blockbuster Tokyo space, which welcomed over 2.3m visitors in its first year.

TeamLab Borderless Shanghai throws open its doors on 5 November in the Huangpu district and will house 50 interactive digital artworks by the collective, including a cache of new pieces that have never been seen before. The Borderless Shanghai Museum is a single continuous world, with artworks spilling into each other beyond arbitrary boundaries such as rooms.

Visitors to the new museum can interact with the pieces, including the collective’s ‘Forest of Lamps’ artwork, which will be installed at 1.5 times the scale of the one in Tokyo. ‘Light Community’ – based on moving vehicles – will also make its debut in Shanghai alongside another piece made of 980 moving lights.