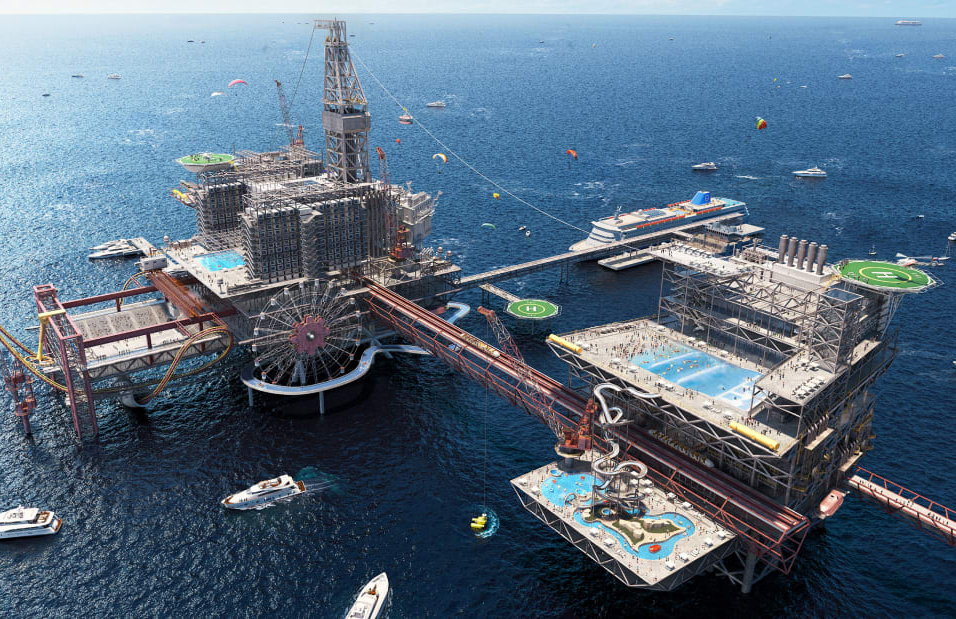 Rollercoaster rides are coming to an offshore oil platform in the Arabian Gulf, as Saudi Arabia earmarks the site for adaptive reuse a new amusement park.

Three hotels, several restaurants – one offering ‘undersea’ dining – and a whole range of extreme rides and aqua sports are planned for the 150,000 sqm oil rig, which visitors will presumably reach via sea or helicopter, with helipads also lined up for the site.

There’s no confirmed opening date yet, but a video, released by Saudia Arabia’s news agency SPAENG, hints at ferris wheels, water slides swooping out and over the water, a go-kart track and bungee jumping.

Named The Rig, the theme park is the brainchild of Saudi Arabia’s Public Investment Fund, which has claimed the offshore resort as the world’s first of its kind. It’s reportedly an attempt to help the country to diversify and move away from its dependence on oil.