A derelict Art Nouveau mansion in Romania’s Brăila has been given a second life as a boutique hotel that blends old and new.

London studio Manea Kella collaborated with Penta Stil Studio on Casa Popeea, reviving the ailing structure ( known as the ‘pearl of Brăila’) as an 11-room hotel packed with polished period features – and fresh finishes that heighten its history.

According to Dezeen, the mansion was built in 1900 by a Greek merchant before being ravaged by fire in 1923 and later confiscated by the communist government in the aftermath of WWII. It was abandoned after the regime collapsed and left to the elements for over 30 years.

While much of the original details were beyond repair, those that remain form the focal point for new interiors, including the restored oak staircase, which was dismantled and sent to Transylvania to be restored by master carpenters. Specialists were also called in to repair decorative mouldings.

New oak furniture has been installed across the boutique hotel to complement these original details, as well as herringbone parquet floors, white walls, brass elements and marble surfaces.

A coffee shop and restaurant have been tucked into the main floor of the building, furnished with blue banquet seating and marble finishes, while the basement houses spa facilities. 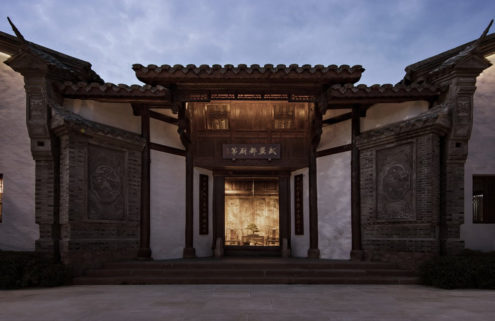 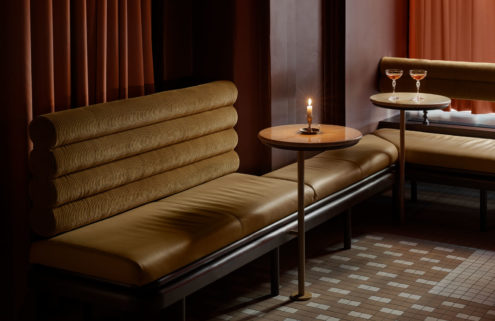 Bardot is a moody Finnish take on the classic French bistro 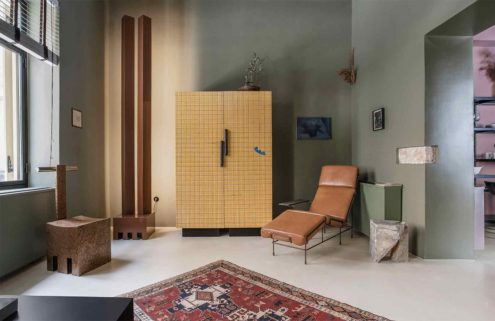