SBA honours the neighbourhood’s past while designing for the future

When it comes to architecture, the US capital is known for its classical marble monuments and glassy towers. But you rarely see old and new in such close conjunction as in this adaptive reuse project by DC practice Shalom Baranes Associates.

The bold juxtaposition of antique brick and curvilinear glass was completed two years ago in the Mount Vernon Historic District, a fast-changing neighbourhood where many Victorian storefronts have seen better days, and the Historical Society now shares its listed Beaux-Arts building with an Apple Store. It has earned applause for its thoughtful consideration of past and future. And it’s skirted charges by critics of ‘ghastly facadism’ – projects of lesser skill, where audacious new constructions dwarf the preserved facades beneath.

Inside 665 New York Avenue NW, glass partitions and a soaring atrium bridge old and new to create a lofty work environment. The abundance of space – rare among the old rowhouse infrastructure east of the White House – is the most salient characteristic here. Visitors can move seamlessly between the old and new volumes on pristine marble floors and onto a rooftop terrace overlooking the Mall.

The real feat, however, is best viewed from the street, dating back to antebellum times and built up through the 1930s – a span of 100 years. In order to save 19 heritage-designated structures on the block bordered by New York Avenue, L Street, 6th Avenue and 7th Avenue, Baranes’ team consolidated them. That meant dismantling and rebuilding two buildings on New York Avenue to fill gaps further down one row and physically moving two others – one on New York and one on L Street.

Working with Davis Construction,Davis Construction, a firm known for its expertise in restorations in Georgetown and downtown DC, the team first stabilised the flooring and masonry of the two 19th-century houses, stiffening the structures with wood and steel frames. At the destination, they built foundations: 30-inch concrete podium slabs encased in steel caissons. They raised the buildings on hydraulic jacks and lowered them onto a temporary steel roll beam rail system. The preparation process took eight months to complete.

Then, in a single day, the buildings slid along on hydraulic push-rams into their new foundations. The engineering feat set local records. At 880 tonnes, the first building was the heaviest ever shifted to another location. At 1,100 tonnes, the second one beat the first.

The 7th Street frontage now features one of the larger intact ensembles of 1800s commercial buildings in Washington.

While architects restored and modernised the interiors, work began on the 11-storey glass office building within and the three-storey garage below. The main building comprises four interlocking volumes appended, on its west-facing side, with a wavy volume measuring 32 metres up and cantilevering over the heritage rooftops. This curved form steps down toward the intersection of 7th Street and New York Avenue, allowing for the outdoor terrace en route. From some vantage points, you can barely see the glass; at others, it comes right up to the pavement.

Along the New York Avenue frontage, angled aluminium fins on the glass curtainwall appear to flip as you move around the building. The varied material balance – glass, aluminium, terracotta, brick – is familiar to historic architecture but applied in a modern idiom, accentuating the compatibility of historic and new.

‘My favourite aspect of this project,’ adds Burkhart, ‘is the integration of so many disparate elements in a manner that is discordant and harmonic at the same time. ‘The project is not a recreation but rather an interpretation of history that reflects the buildings’ ability to adapt to centuries. I think it is particularly evident in walking around the block where each street edge has a unique character and is never boring.’ 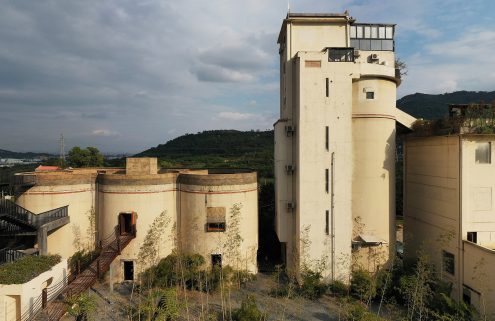 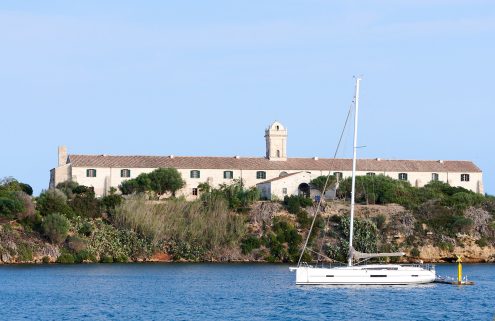