Where to spend next summer

This villa in the South of France might be a little rough around the edges but it wears its history well. La Rocca has ‘star’ quality beneath its weathered exterior.

Named after the film Un nommé la Rocca, the early 20th century property is the family home of the late actor, Michel Constantin. Best known for films such as Le Trou, Un Condé and Il était une fois un flic, the craggy-browed actor possessed one of the most distinctive faces in French cinema, which naturally lent itself to roles as gangsters and hard men on screen.

But away from the camera, his home in the quiet village of Beauvallon, Grimaud, offered Constantin an entirely different way of life.

Built in 1902, the villa sits in an enclave between St Tropez and Sainte Maxime, just a stone’s throw from the beach. Ideal for entertaining, La Rocca has seven bedrooms (four bathrooms and three half bathrooms) spread across the two-storey property.

Each bedroom comes with its own balcony, and many period details – added through the building’s lifetime – have been retained, including an Art Deco fan-style fireplace in the master bedroom.

‘Modern’ the property is not but that’s precisely its charm – if you don’t mind fixing up the plumbing and electrics, that is.

The ground floor has a large living room, which leads onto a dining room and separate kitchen. A number of smaller ateliers and utility rooms also skirt the ground floor space in a warren-like fashion.

On the market for €1.37m via Bumper France, the property needs some work to bring it back to its former glory. But with bones this good, it’ll be a real labour of love. 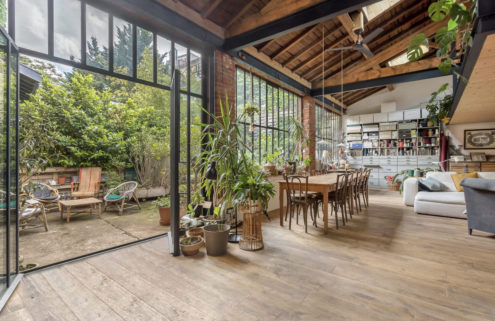 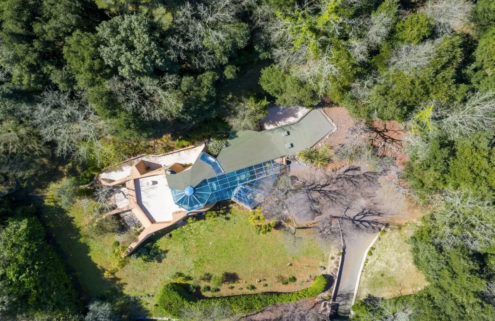 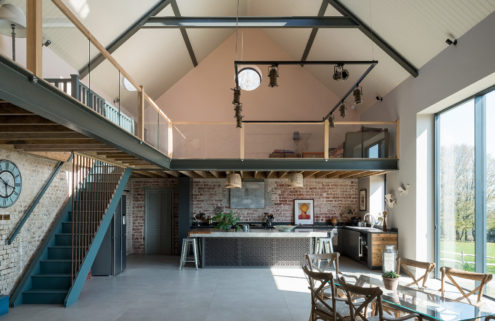 The Glass Barn frames views of the east Sussex landscape