I by The Spaces Team 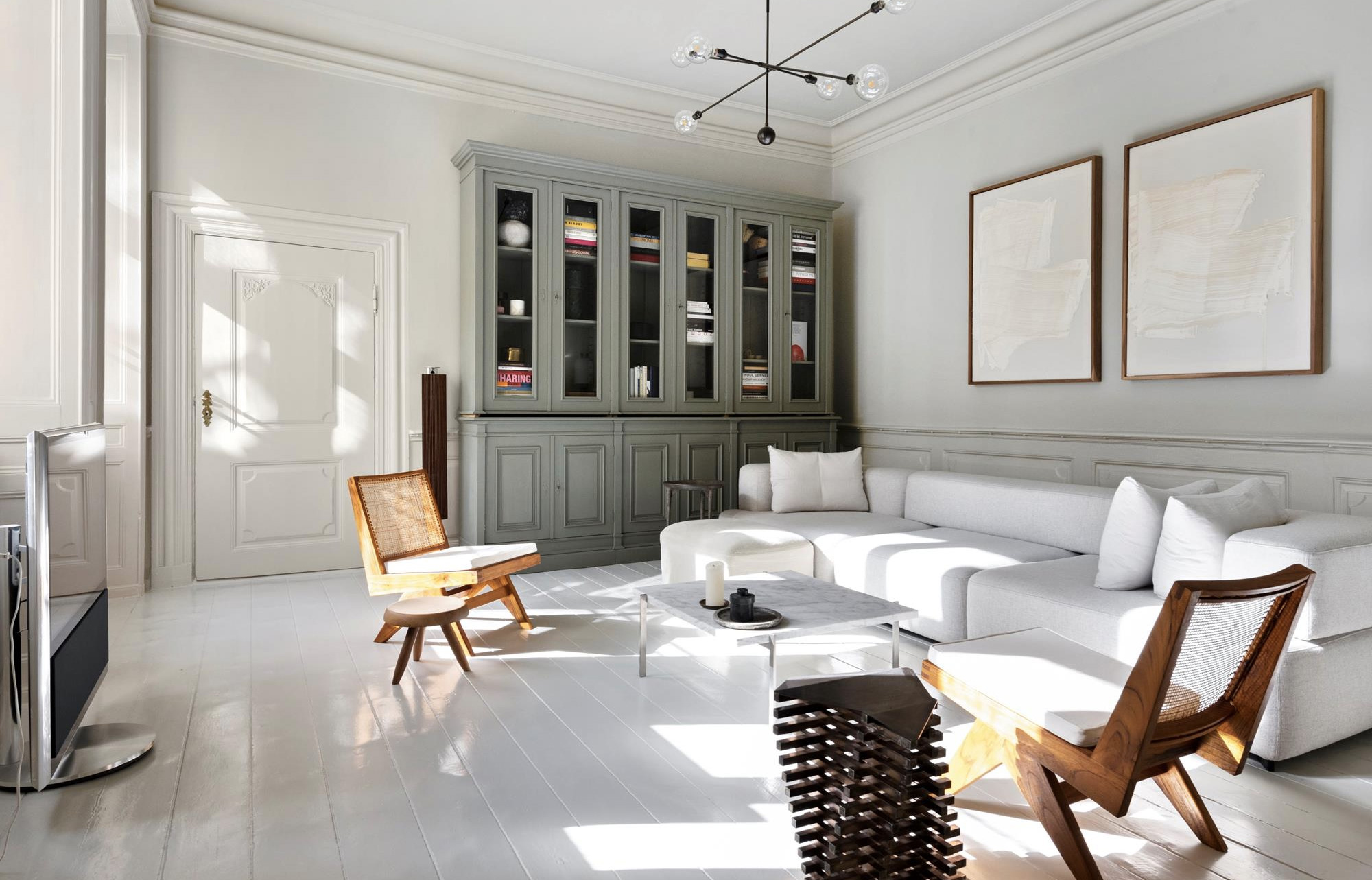 Welcome to our weekly property digest, where we share some of the best houses for sale or rent across the globe. Among this week’s gems is a glasshouse in the woodlands of Oregon and a pint-sized London home that manages to pack a spatial punch, despite its diminutive floorplan.

A pioneering clifftop cabin in California

Landscape architect Lawrence Halprin is best known for his pioneering work at Sea Ranch – a striking, winding section of the California coast known for its rugged clifftop and forest views. He started life at the site living in a tent before building his own home in 1979. While the original burned down, this current iteration stays true to his vision, occupying the property’s old footplate and material outline. Interiors hone a cabin vibe, but on a spectacular scale, with sea views framed by towering panes of glass across the rustic home. See inside the clifftop home.

2 bedrooms; £1.05m via The Modern House
London’s Pocket House might be small, but it’s smart. Tikari Works designed the award-winning SE22 property, which maximises its small infill plot with an innovative design that carves out space for a two-bedroom home spanning 1,130 sq ft and even has outdoor space that’s shielded from neighbours.

A stargazer’s greenhouse in Oregon

Sleeps 2; from $213 per night via Glamping Hub
If you’re looking for some last-minute inspiration for an autumn staycation in the States, this Oregon holiday home will leave you green with envy. The botanically themed property has a greenhouse-style structure and Japanese inspired interiors, including a cedar soaking tub on the lower level. The glass roof is ideal for star-gazing and capturing the views of the surrounding Willamette Valley as it changes colour with the season.

7 bedrooms; £10.5m via Savills / Knight Frank
Walter de la Mare spent many evenings scribbling annotations in the library of this Twickenham property in southwest London. The poet and author lived on the upper floor of South End House, which he rented from the Sedgwick family, until his death in 1956. It retains its historic charm with lofty, well-proportioned rooms filled with period features that speak to a by-gone era.

A Copenhagen loft with 17th-century bones

5 rooms; 10.5m DKK via Bjørn & Byskov
Old meets new at this 128 sq m Copenhagen loft, where plaster mouldings and carved details (some date back to 1623) act as a backdrop for contemporary finishes and furniture.

Kanye’s Wyoming ranch could be yours