Reading Prison will open to the public for Artangel’s new installation, Inside – Artists and Writers in Reading Prison, marking 120 years since Oscar Wilde’s incarceration there.

Around 30 creatives – including director Steve McQueen, and artists Ai Weiwei, Nan Goldin and Wolfgang Tillmans – will create site-specific works in some of the defunct prison’s 130 cells and corridors in homage to Wilde and the theme of imprisonment.

Reading Prison has been empty since it closed in 2013 and Artangel’s project will temporarily bring the building back to life as it awaits sale by the UK government.

‘It’s a heavy place, and I think all of the artists and writers we’ve invited are very aware of that. So it means their contributions are going to be very specific and considered, [both] in relation to the architecture of the prison, and the experience of being in these tiny cells,’ says Artangel co-director Michael Morris.

Wilde spent two years in the Grade II-listed Victorian prison, designed by architect George Gilbert Scott, between 1895 and 1897. Known then as Reading Gaol, it pioneered the Separate System of Imprisonment where detainees were kept in isolation.

It was here the author and playwright, known as ‘prisoner C33’, wrote his last major work, De Profundis, an extended letter to his lover Lord Alfred Douglas.

While the Victorian wing of the prison will be open for visitors to explore, Wilde’s cell will be deliberately left empty. ‘The only thing that’s changed [from Wilde’s time there] is that the wooden furniture that Oscar would have become used to has been replaced by bolted-down metal that you can’t shift’, says fellow co-director James Lingwood.

Readings of De Profundis be given in the prison’s chapel every Sunday with actors Maxine Peake, Ben Whishaw and author Jeanette Winterson among those enlisted.

‘For many [Wilde fans], it will be a kind of pilgrimage,’ adds Morris.

Inside – Artists and Writers in Reading Prison will run from 4 September – 30 October, with tickets available from Artangel’s website. 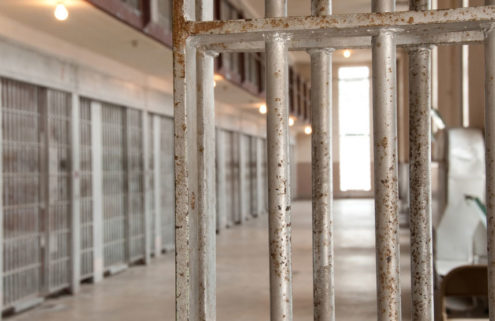 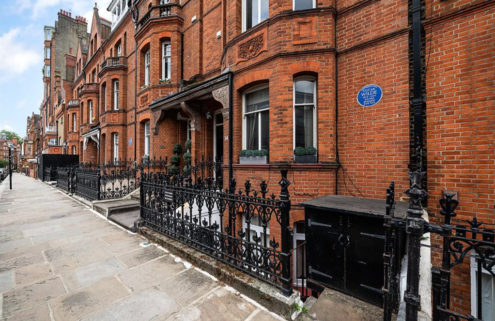 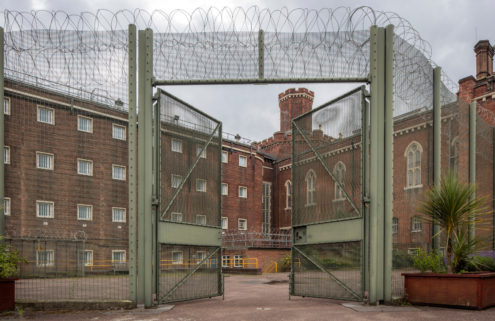