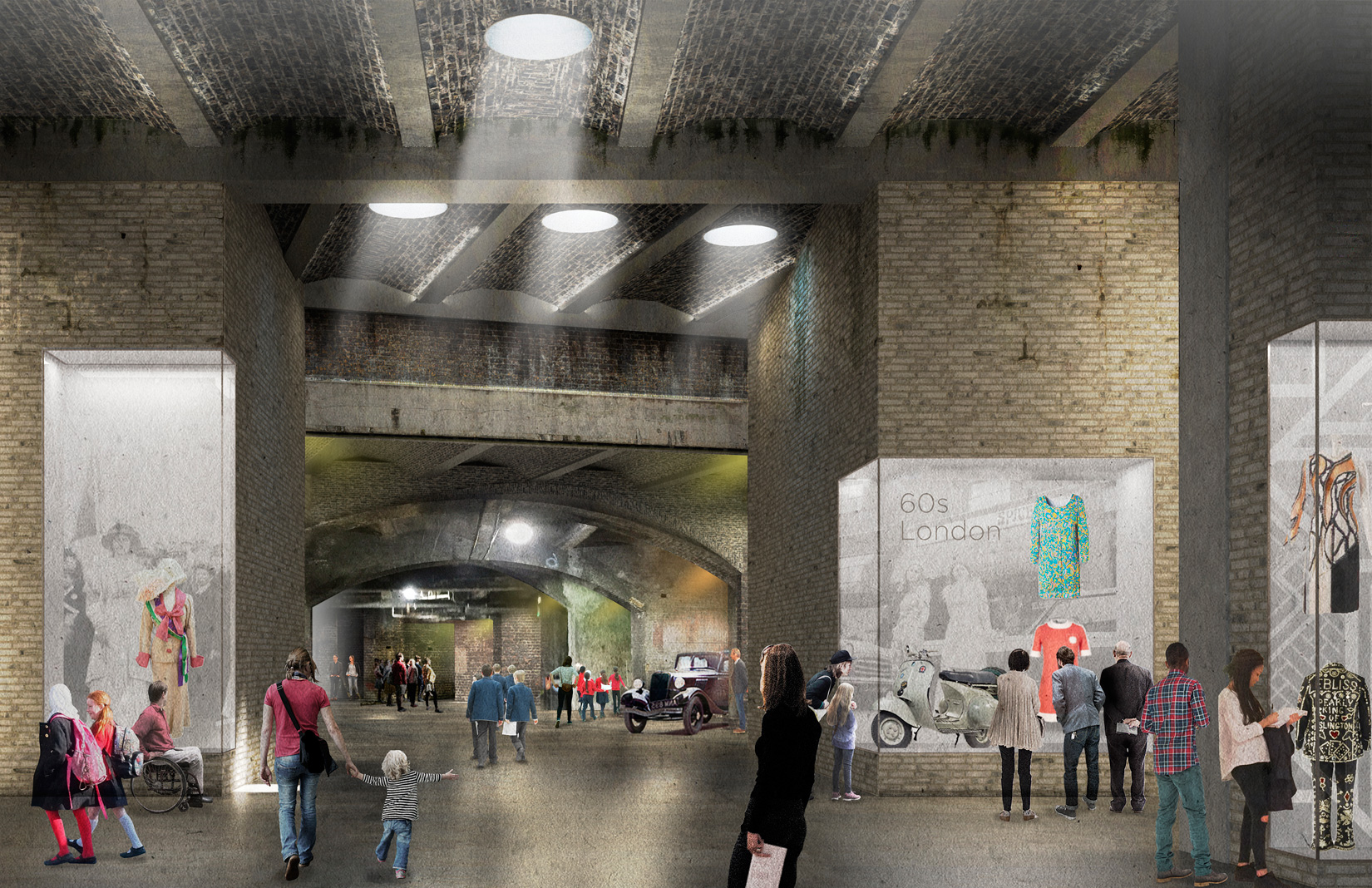 Visualisation of the Museum of London's gallery spaces. Courtesy of Stanton Williams

A domed hall and spiralling escalators feature in designer Asif Khan and architects Stanton Williams’ winning proposal for the new Museum of London.

The team – which also includes conservation architect Julian Harrap and landscape design consultants J&L Gibbons – was chosen from a competition shortlist of six teams. They beat the likes of Serpentine Pavilion architects BIG and Caruso St John to scoop the commission for the West Smithfield site.

‘Now we have Stanton Williams and Asif Khan on board the hard work begins, and I cannot wait to get started,’ said Sharon Ament, director of the Museum of London. ‘Over the coming months we will work together to design a new museum for London and Londoners which will be one of the top visitor attractions in the capital.’

The museum will relocate from its current Barbican location into the 25,000 sq m, Grade II*-listed Victorian market, which encompasses the former Smithfield General Market, Fish Market, Engine House and the Red House.

‘Encountering the historic market spaces for the first time in early April this year, we were blown away by the power and physicality already existing,’ said Stanton Williams director Paul Williams. ‘[We] knew then, that whatever scheme we developed, this physicality needed to be harnessed, and not lost, and that initial observation has inspired our initial design proposals.’

The museum hopes that the new, larger site will allow it to double the number of visitors through its doors.

Planning applications will be made in 2018, with the new museum tentatively scheduled for 2022. In the meantime, the public exhibition of shortlisted design concepts for the West Smithfield site will remain on display until 11 September 2016.