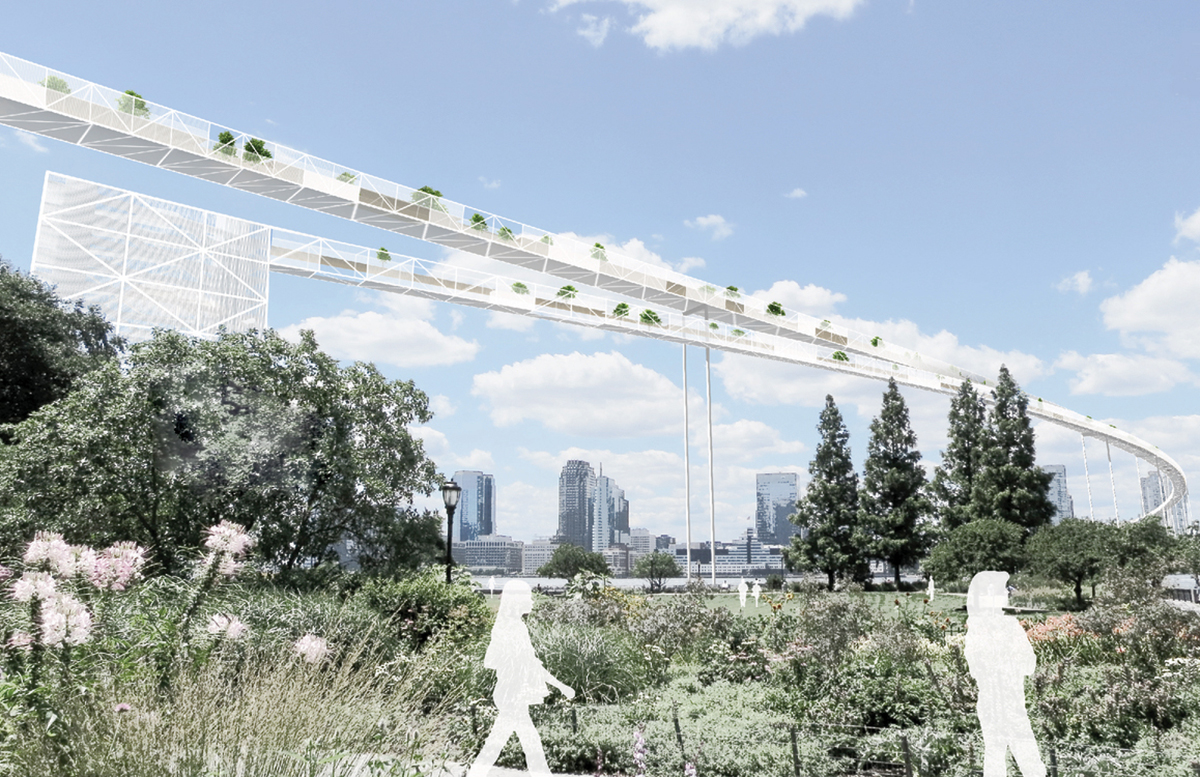 A fed-up commuter is campaigning for a pedestrian bridge to be built between Jersey City and Manhattan’s Battery Park City.

New Jersey resident Kevin Shane has enlisted Jeff Jordan Architects to draw up plans for a 5,000ft-long structure – dubbed the ‘Liberty Bridge’ – crossing the Hudson River. The proposal includes dedicated cycling lanes as well as cafes, shops, seating areas and planting for a bit of greenery. The 200ft-high bridge would also provide views across both cities.

‘With the increase in commuter traffic from Jersey City and Hoboken and the unbearable, often delayed mass transit options that are getting worse over time, the bridge could provide a new access point to Manhattan for the hundreds of thousands that go into NYC each day,’ says Shane.

The two cities are currently connected by underground car and train tunnels, in addition to a ferry service.

Adds Shane: ‘The Bridge will add a new, environmentally friendly and pleasurable way to commute into NYC for the hundreds of thousands of NJ residents that currently drive and take mass transit into the city every day.’