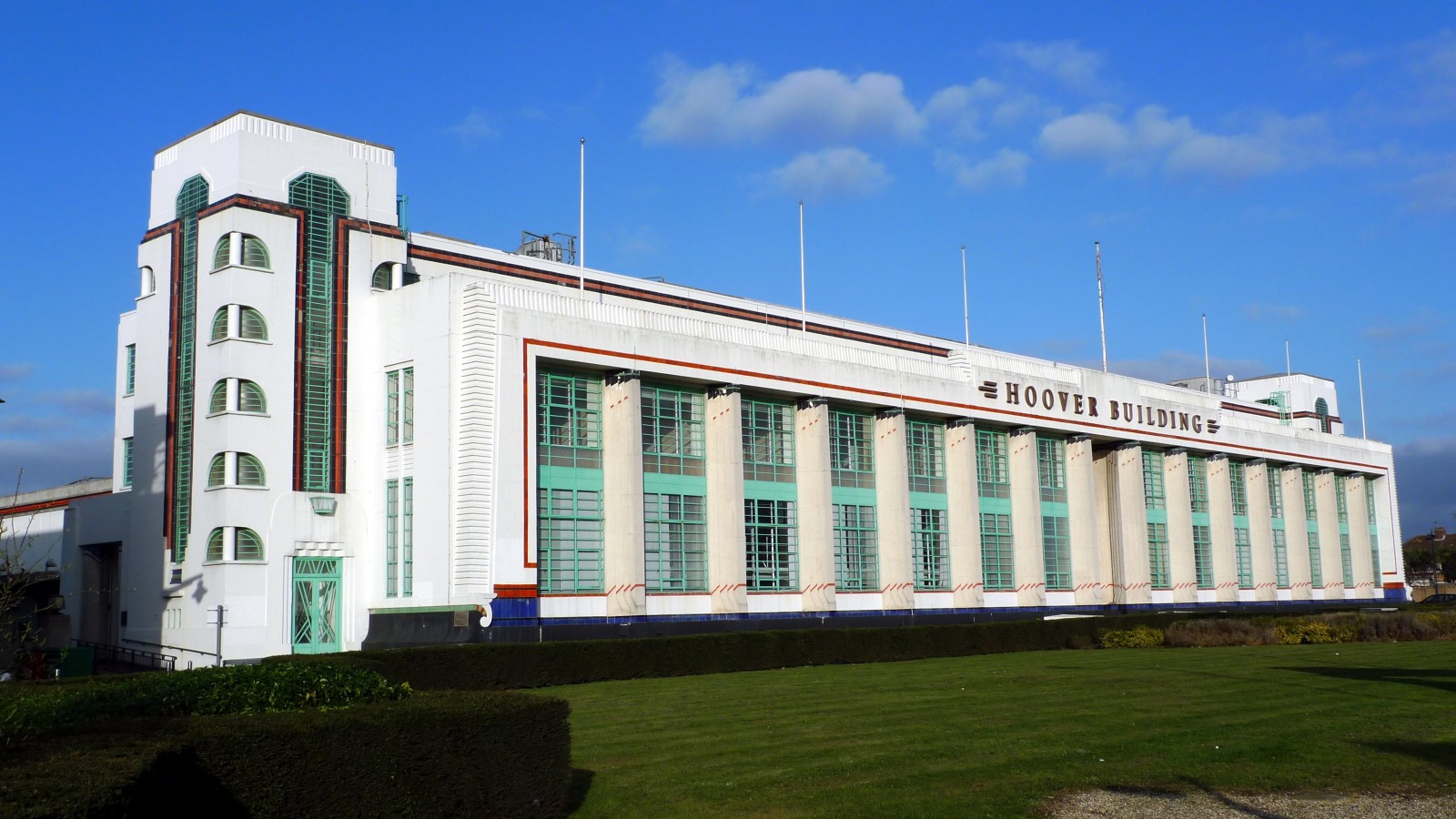 Elvis Costello sang about the ‘splendour’ of the Hoover Building and poet John Betjeman lauded it as ‘a sort of Art Deco Wentworth Woodhouse’, after the Grade I-listed Yorkshire home.

This fêted London landmark could be your next abode. Designed by Wallis, Gilbert and Partners as a factory for the Hoover company, the 1933 building is being turned into flats – and would-be buyers can now register their interest.

The Grade II* listed edifice is one of a cache of 1920s and 1930s structures in London that were designed as Art Deco palaces of industry – many of which can be found in Brentford’s ‘Golden Mile’, including the Gillette Building and Wallis House. Its distinctive facade is bookended by decorative towers, featuring colourful Aztec and Mayan motifs.

After Hoover vacated the building in the 1980s, it was bought by Tesco. The supermarket giant recently sold it to IDM Properties for an undisclosed sum, according to Property Week, and after a long planning wrangle with Ealing Council it will now be turned into 66 apartments.

‘We plan on salvaging and reusing as many original Art Deco features as possible throughout the building in order to retain the full glory of this stunning architectural treasure,’ says IDM.

Work has now started converting the building into a mix of one, two and three bedroom dwellings, though prices have yet to be revealed. Watch this space for more…

Read next: What’s happening to London’s icons of industrial architecture?