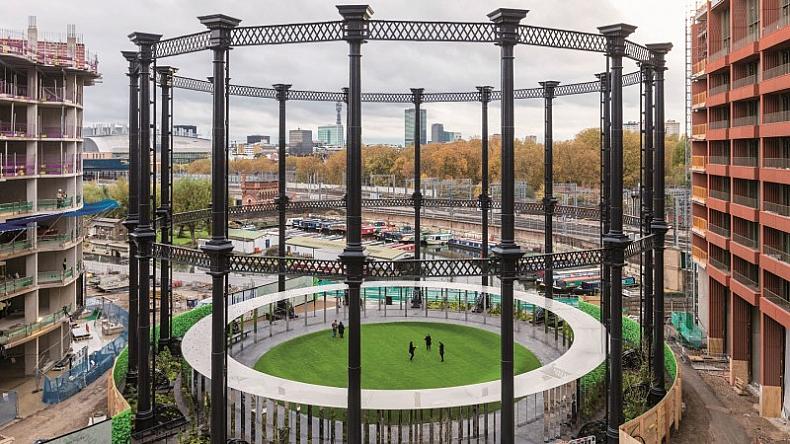 The transformation of London’s King’s Cross has taken another step forward with the opening of Gasholder Park, a green space set within the Grade II-listed Gasholder No. 8.

Bell Phillips Architects have breathed new life into the 19th-century industrial structure, adding a 30m-diameter, stainless steel canopy that surrounds a circular lawn. Landscape designer Dan Pearson has planted shrubbery and flora on the periphery of the park.

Anthony Peter, project director at King’s Cross developer Argent, says: ‘It’s an unusual and vast space, with a character best appreciated by standing in the middle of the lawn, looking up at the gasholder frames.’ 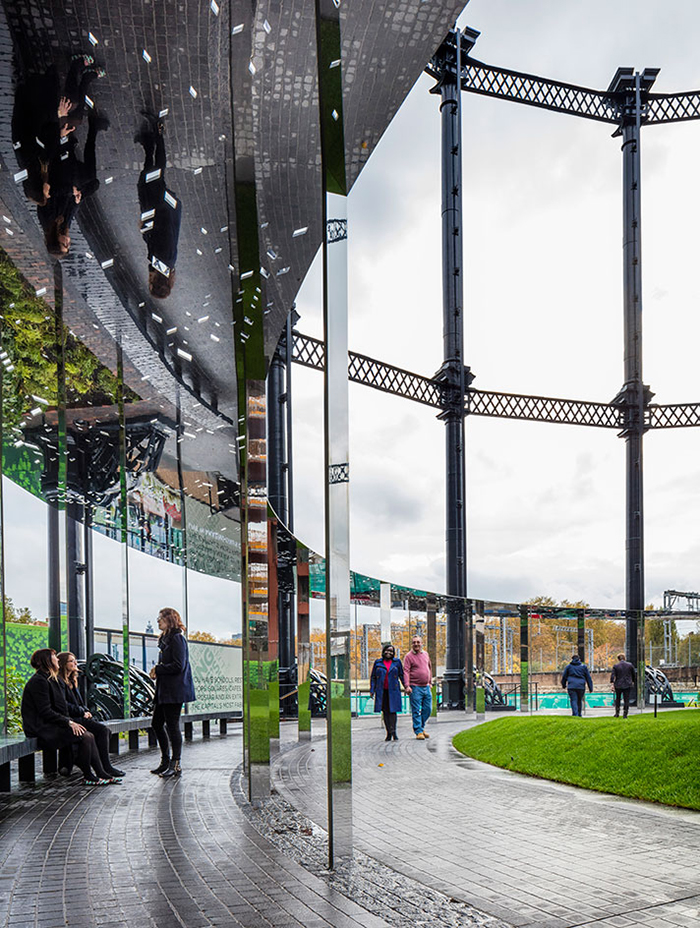 In addition to the use of polished stainless steel, the architects have also hung 150 mirrored fins on the canopy to create a myriad of reflective surfaces within the 25m-tall gasholder.

The structure was decommissioned in 2000 and dismantled from its old location in 2011 to make way for Pancras Square. It was refurbished by restoration specialists Shepley Engineers and re-erected in 2013 at its current site, overlooking the Regent’s Canal.

Three other landmark gasholders have similarly been taken down and restored. The Siamese Triplets, as they are dubbed, are being rebuilt and repurposed as apartment buildings nearby, designed by Wilkinson Eyre Architects.

Meanwhile, another King’s Cross relic, the German Gymnasium, is set to open this week as a restaurant.

Is this converted textile factory in Birmingham the ultimate live/work space?