How I live: artist Michael Landy

You would be forgiven for thinking that artists Michael Landy and Gillian Wearing had just moved into their home in London’s Shoreditch. Only the bare minimum of furnishings – beds, a table and a few chairs – pepper the spacious former warehouse.

‘It looks much the same as it did when [designer] Marta Nowicka finished converting it two years ago,’ agrees Landy.

This sparsity is no surprise given the artist famously destroyed all his worldly possessions in 2001. Break Down – a performance piece inside an empty store on Oxford Street – saw all 7,227 of them reduced to pulp.

Destruction has been a pervading theme for the Young British Artist (now in his fifties), who rose to prominence in the late 1980s. A decade after Break Down, he transformed the South London Gallery into a giant Art Bin – a ‘monument to creative failure’, filled with discarded artworks. It’s also a theme he got to indulge in when renovating his former fruit and vegetable warehouse, as Nowicka explains.

‘Demolition was a big part of excavating the building,’ says the designer. ‘We had to remove lots of partitions and peel back layers of paint to reveal the beautiful brick, concrete and steel joists beneath.’

Landy and Wearing gave the designer very little brief for the project. ‘We’re very low maintenance,’ says the former. So Nowicka took cues from the purity of Donald Judd’s house on New York’s Spring Street, as well as Marina Abramović’s piece The Art Fair Is Present, where the performance artist sat silently across a table from members of the public in an empty gallery space.

‘I imagined Michael and Gillian taking their place,’ says Nowicka.

We quizzed Landy about his four-storey home, where he is busy plotting his upcoming retrospective at Basel’s Museum Tinguely (a logistical feat for someone who’s destroyed much of what he’s created).

What does a home mean to you?
Michael Landy: All I really wanted was a space to think, which is hard to come by in the city. I do most of my thinking in the studio downstairs. The ‘making’ happens in our other studio on Vyner Street [also designed by Nowicka], which is the messy space. I say ‘messy’ but I mean messier. Gillian and I like order.

My mum is an avid cleaner – she’s a Catholic, which probably has something to do with it. She likes to clean until she erases things and I’ve definitely picked up some of that trait.

Your bedroom – a glossy white chamber in an extension above the third floor – is quite a departure from the rest of the house. What prompted this?
Gillian asked Marta for a bedroom that looked like a hotel. She likes comfort. I don’t really like comfort, myself. But you have to make some compromises in a relationship…

Before you destroyed all your possessions, were you a collector?
I wasn’t a hoarder, no. I was quite minimal in the way I lived, partly because I couldn’t afford to be otherwise. But I did have ‘stuff’, like everybody else. Until I destroyed everything when I was 37, I was a happy consumer.

Was it liberating, having no possessions?
I really loved it, especially the actual process of destruction. I didn’t miss things because I rationalised them as part of an artwork – I wasn’t acting as a madman – so I was mentally prepared.

I’ve always liked getting rid of everything before I work on a new project, so I can start afresh. It orders my mind for the next phase of my creative life. Luckily Gillian isn’t much of a collector either.

Has your attitude to possessions changed since that moment?
Yes, because it becomes a big weight around your neck if you’re going to traipse around in Western society without any possessions. I needed the basics to carry on living and working. But for me, bringing something into the house is a big psychological and intellectual issue. Which is absurd, I know. That’s why we don’t even have a barbecue set and we have to sit on the ground if we go out onto the terrace…

How would you describe your ‘taste’?
I don’t like stuff that’s over-designed – things that are superfluous. Imperfection also annoys me. I like things to have an immaculate surface, like my kitchen.

If you could inhabit any space in any building across the world besides your own, what would it be?
I like ruins (if you can call them buildings). That’s partly to do with my attraction to destruction and also because I like waste and leftovers. I’m intrigued by what we think about waste and the value we attach to it. I find broken concrete and bits of wire protruding from walls really beautiful.

‘Michael Landy: Out of Order’ opens at Basel’s Museum Tinguely on 8 June. 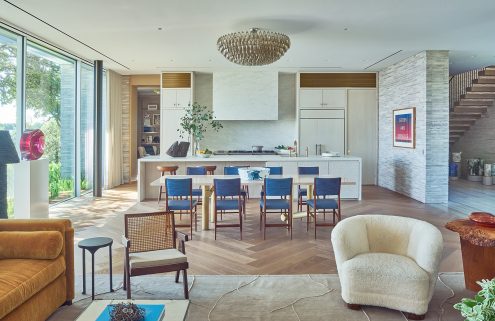 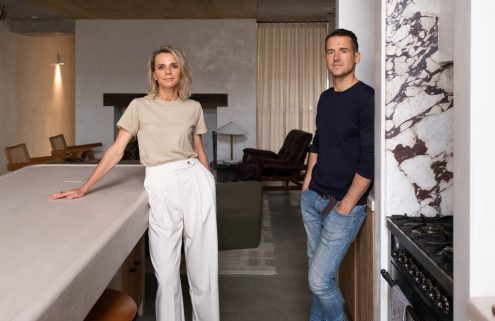