Located in the heart of District 3’s Ward 6, the eatery is a new outpost for Pizza 4P – a small, Vietnam-based Japanese pizza chain that champions farm-to-table eating. Nishizawaarchitects used this ethos as the inspiration for the restaurant’s design, which incorporates the translucent polyethene canopies used in farming to filter sunlight and allow crops to grow.

Pizza 4P sits on a street filled with 1940s French colonial structures and contemporary high-rises. It replaces a 20-year-old villa that the practice says ‘was ugly except for the timber roof-structure. We decided to preserve only the roof.’

The recycled plastic canopies are suspended from the roof framework and supported by knotted wooden posts, providing shade for diners while maintaining views of the surrounding neighbourhood.

‘Playing with this ordinary material, we used shades, shadows, and lights to compose space,’ says the practice.

Plantlife anchors the restaurant, which revolves around the central pizza oven and kitchen, but it’s the only major fixed element of the space.

Pizza 4P is the latest in a wave of biophilic design projects in Vietnam, which includes the recently opened Tropical Forest café, filled with greenery. 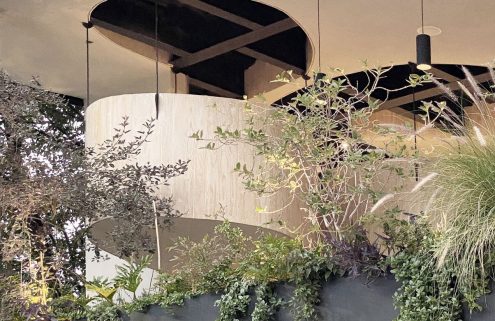 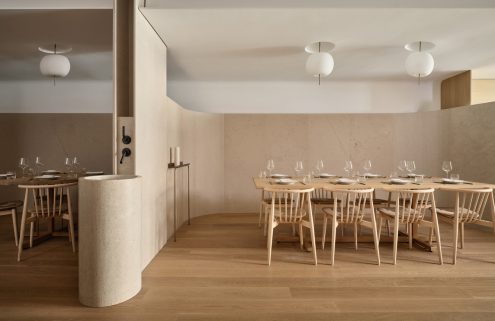 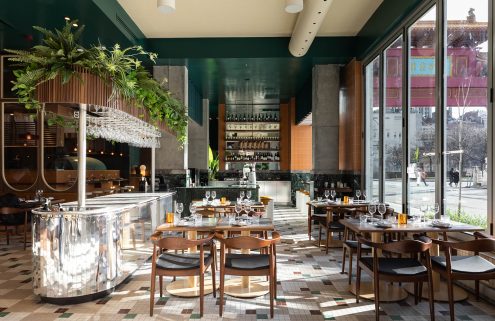