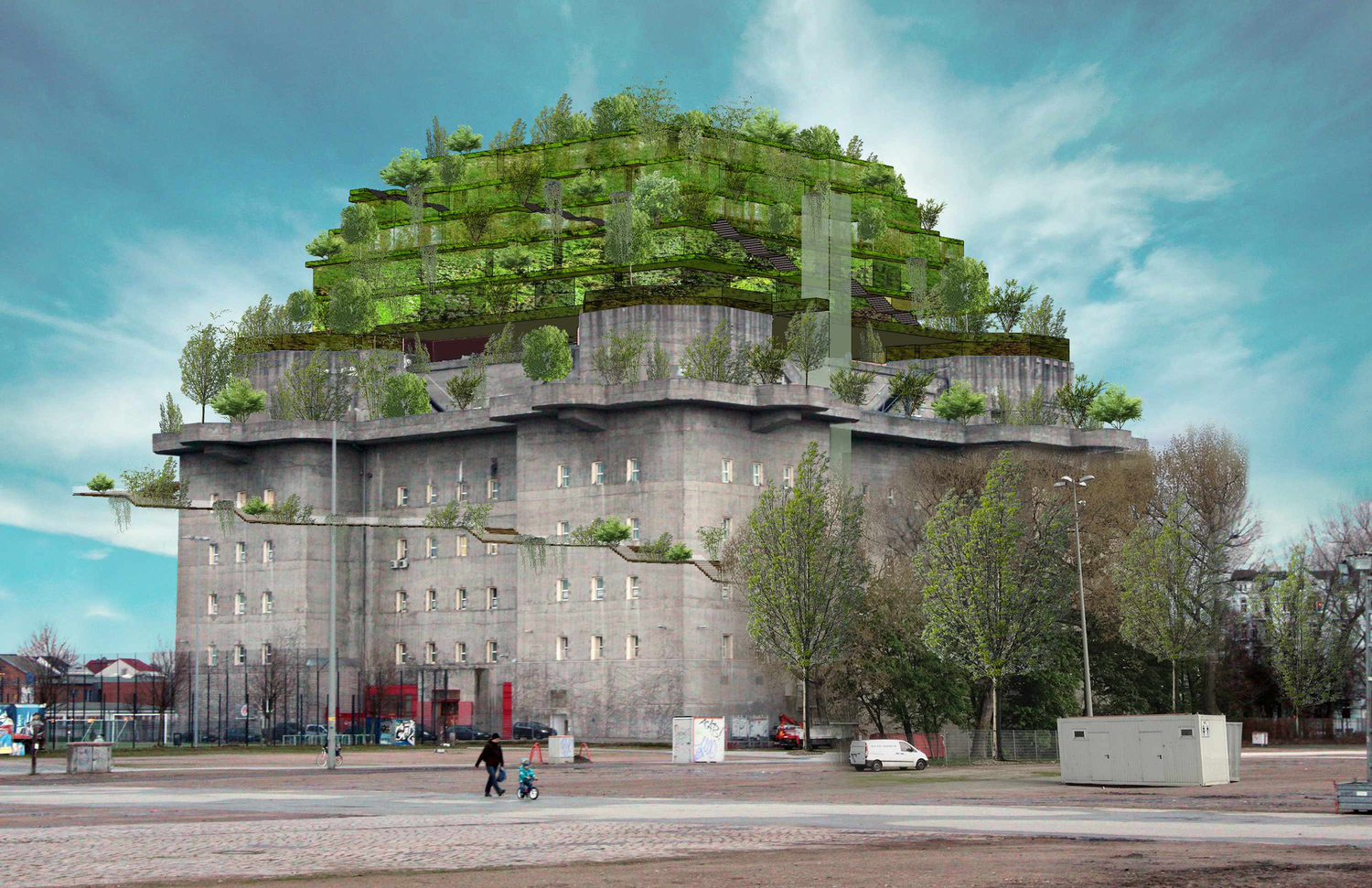 Architects have teamed up with local Hamburg residents to convert a WWII bunker into a community space topped by a towering rooftop garden.

Planning permission has been granted to increase the height of the former anti-aircraft building via a 19 m tall pyramid, which will offer 360-degree-vistas of the city when it opens as a public garden.

‘The Hilldegarden will offer a view to all,’ says the project’s website. ‘Housing plants, trees, bees, birds. Symbolising reunion, learning and collaboration. And a bit of plain hedonistic pleasure.’

The 1942 bunker is already home to a nightclub, music school, stores, a gallery and studios on its existing floors. The landscaped new addition will turn it into a ‘green mountain’, while creating 9,500 sq m of space to house a new ‘cultural hall’, studios and a hotel inside.

A number of practices are involved in the Hilldegarden project – including Buero 51, WTM, Schlaich Bergemann and Partners, Argus, Lärmkontor, Sumbi Ingenieure and Metapol Studios – which has been in development since 2014, and is being privately funded.

Landscaping by firm L+ will focus on domestic and evergreen plants, adding a splash of colour to the grey building year-round. Vegetable gardens will also be made available to local residents.

It’s not the only bunker in Hamburg to undergo adaptive reuse: you can stay in a bunker-turned-holiday-home on the city’s harbourfront, while in Berlin, John Pawson has fashioned an air raid shelter into a museum for the Feuerle Collection.

Read next: How Germany’s wartime bunkers are being reborn 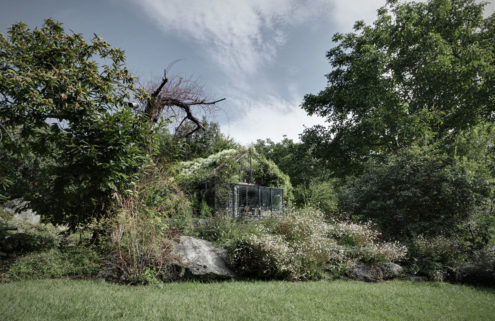 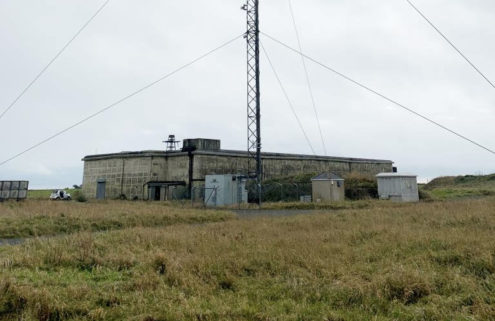