The artist mines the past

Andreas Angelidakis, Center for the Critical Appreciation of Antiquity, 2022, Commissioned by Audemars Piguet Contemporary. © Courtesy of the artist and Audemars Piguet.

Commissioned by Audemars Piguet Contemporary, the show, titled ‘Center for the Critical Appreciation of Antiquity’, explores how society perceives and consumes Greek culture today by weaving together archaeology, architecture, pop culture, mass tourism and nightlife in an immersive show that transcends history.

‘Center for the Critical Appreciation of Antiquity’ is both a metaphorical excavation into the history of Athens and into myself as an artist,’ says Andreas Angelidakis.

His largest work to date, the installation, is a monumental column surrounded by Angelidakis’ signature soft ruins. It takes its cues from Angelidakis’ ongoing research into the history of the Greek Temple of Olympian Zeus in Athens, synchronised with modernity through the use of ordinary materials such as scaffolding and printing.

What at first sight appears to be marble is, in fact, printed fabric, like the central Ionic column hanging on scaffolding. It has the image of a container on top – referencing the hut at the top of the column at the Temple of Olympian Zeus, said to be used by hermit monks in the 19th century.

The yellow construction chutes, meanwhile, reference the city of Athens and its mutating landscape affected by a surge of touristic rental properties over time.

Other elements, such as a modern container, 3D-printed sculptures, construction wires, furniture and interactive life-size books printed on foam blocks, add more layers of modernity and flamboyant playfulness to the exhibition.

Its purpose is also to interact with the public and encourage visitors to play with its ruins and use each piece of the show, challenging the conventional assumption that sees art as something untouchable.

Center for the Critical Appreciation of Antiquity is on show through 30 October 2022. 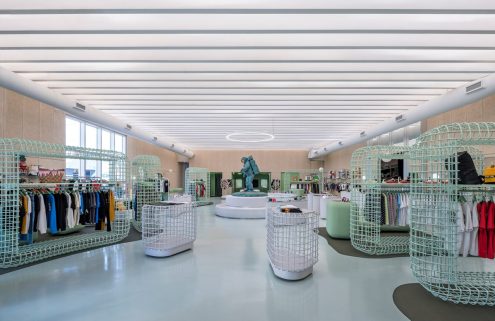 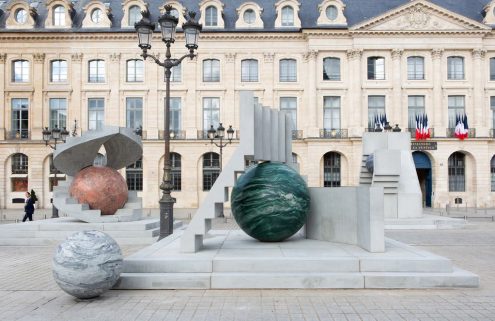 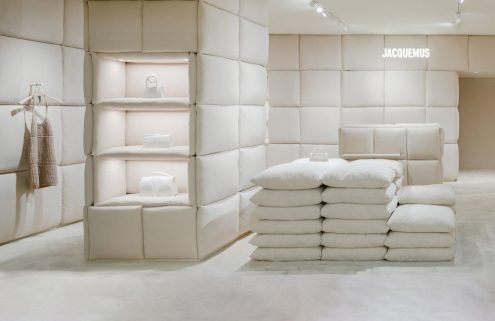