Few names are quite so synonymous with Italian design as Gio Ponti. His 60-year career saw him establish design magazine Domus and turn his hand to everything from ceramic vases to powerplants and skyscrapers.

Ponti designed over 100 buildings in Italy and beyond, including modern churches, hotels and pools. But it was in interior design where Ponti’s magic sparkled that little bit brighter because it was here, in the home where he could cast his spell widest.

Ponti’s interiors were immersive worlds where everything was considered, from the dramatic scale of the building’s facade to how the light fell upon its floors or the curve of its door handles, and the cutlery in its drawers.

Taschen’s new monumental tome, Gio Ponti, charts the maestro’s career and is a collaboration between the architect’s grandson Salvatore Licitra and editor Karl Kolbitz. It mixes family photos with prototype sketches, archival images of his products, interiors and buildings.

Ponti’s designs were rooted in the 19th century artisanal practices and heritage of his childhood, blending new technologies with craft and beauty. He understood that the success of a building started from the inside out.

Openings captured not only views but an elusive breeze and the glowing light of golden hour. Contrasting materials offered tactility and excitement but also comfort. An atrium introduced the drama of double-height space but also multiplied the perspectives and paths through it.

‘For Ponti there was no separation between instruments of living – utilitarian objects, furniture and buildings,’ writes Licitra.

‘Gio Ponti’ by Salvatore Licitra and Karl Kolbitz is published by Taschen, priced at £200. The book is also available as a numbered Art Edition (No. 1–1,000), which is accompanied by Ponti’s Planchart Coffee Table – an exclusive, square format reproduction of the famous Arlecchino design, produced for TASCHEN by Molteni&C – and a set of four numbered prints of Ponti’s interior ocean liner studies. 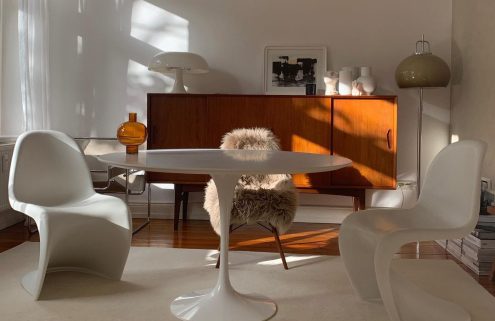 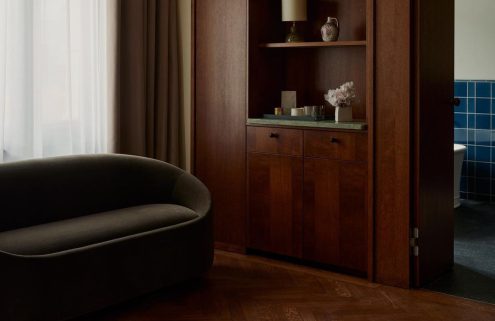 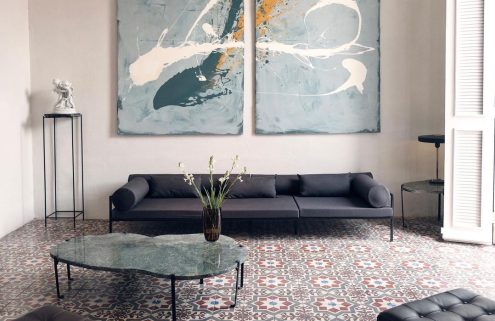 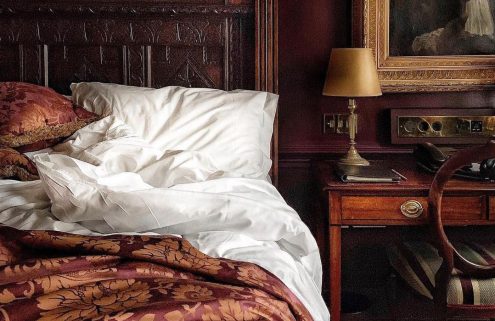