Architecture I by Trish Lorenz

Get to know Lisbon in 15 buildings

An architectural guide the Portuguese capital

A view of Lisbon's historic centre and Ponte 25 de Abril Bridge, one of the city's most recognisable landmarks. Photography: Ken and Nyetta

Lisbon’s long and storied history can be seen in its architecture. Inhabited since the times of Roman and Moorish conquest, it became a Christian monarchy, a republic, a dictatorship and today is the buzzing capital of Portugal – as well as a major European tech hub.

And its geography is as distinct as its buildings. Built on seven hills with the river Tagus flowing through its heart, the city is blessed with an unusual light, which reflects off the water onto white tiled streets. Its architecture makes the most of this, with buildings designed around luminosity, shade and shadow and often searching out river views.

Based on a natural fault line the city is also prone to earthquakes – the most infamous being the Great Lisbon Earthquake of 1755 – which have devastated it in the past and its architectural legacy contains both reminders and responses to the awesome power of the earth.

Beyond the iconic 25 de Abril suspension bridge, here are 15 of Lisbon’s most enduring – and avant-garde – landmarks.

Sitting high on one of Lisbon’s seven hills overlooking the cityscape and the river below, São Jorge Castle is emblematic of the city. It encompasses its history from 48BC as a Roman settlement through to the 10th-century Moorish domination, the Christian re-conquest of Lisbon and beyond. Today the mostly Moorish-style citadel has listed status and is one of the most visited sites in the city.

Founded in 1389 and completed by 1423, the Carmo Convent and its church were heavily influenced by the Gothic style of architecture, incorporating massive vaulted ceilings and arched windows. Almost entirely destroyed by the earthquake of 1755, today the skeletal ruins are an evocative reminder of both this destruction and medieval building prowess.

This UNESCO World Heritage Site acknowledges the great Portuguese maritime discoveries that laid the foundation of our modern world. Built in 1515 it was the site from which explorers such as Vasco da Gama departed on their ‘voyages of discovery’. A prominent example of Portuguese Manueline style of architecture, it also incorporates Moorish and Venetian elements.

Built in the 17th century – when Portugal was rich in gold thanks to the ‘voyages of discovery’ that opened trade with the Far East and countries like Brazil – São Roque church exudes opulence, especially its chapel of St John the Baptist. The Jesuit chapel’s Baroque inlays were handmade in Italy and are detailed with precious stones including lapis lazuli, agate, amethyst and jade.

Lisbon suffered from a shortage of water when this impressive Baroque aqueduct was commissioned in 1731. Considered a masterpiece of 18th-century engineering, it spans nearly 58 km. Architect Custódio Vieira conceived the centrepiece: 35 arches running 941 m across the Alcântara valley. It was completed in 1744 and its tallest arches reach a dizzying 65 m high.

Downtown Lisbon, known as Baixa Pombalina, was almost totally destroyed in the 1755 earthquake. Rebuilt under the supervision of the Marquis of Pombal, today it is an early example of a ‘planned’ city with a series of straight and perpendicular streets running both sides of Rua Augusta. The Neo-classical Pombaline style features prefabricated building elements – one of the earliest to do so – while buildings incorporate very early anti-earthquake construction technology.

Lisbon’s hilly terrain has always presented a problem for pedestrians and Elevador de Santa Justa is one solution for tired feet. Created by engineer Raoul Mesnier du Ponsard, the lift opened in 1902 and stands 45m high. The iron structure – a new material at the time – is decorated with Neo-gothic flourishes.

The Monument to Discoveries was a joint project by architect Cottinelli Telmo and sculptor Leopoldo de Almeida erected in its current form in 1960 during the Salazar dictatorship. It exudes an overt sense of nationalism – some 56 metres high, it illustrates 32 major figures from the times of the Portuguese discoveries.

Designed by the three-architect team of Ruy Jervis d’Athouguia, Pedro Cid and Alberto Pessoa in 1969, this cultural centre and museum for the late Calouste Gulbenkian’s art collection is one of Lisbon’s modern gems. Set in picturesque green gardens, the low buildings of monochromatic concrete have tall picture windows that blur the boundaries between art and the outdoors.

Disliked by many locals, who consider the vast Post-modernist buildings an eyesore within Lisbon’s more classical architectural environment, the Amoreiras Towers were created in 1983 by architect Tomás Taveira. The mirrored towers and decorative lower floors are home to a shopping centre, offices and apartments.

Spanish architect Santiago Calatrava’s 1998 train, bus and metro interchange at Oriente is primarily made of concrete, drawing on elements of the Modernist and Gothic styles. Its most mesmerising feature is its canopy spanning the train platforms. Comprising a series of 25-m-high slender white pillars topped with metal and glass, it resembles the veiny underside of a palm leaf.

Alvaro Siza Vieira is one of Portugal’s most esteemed architects and his Portugal Pavilion, built for the 1998 World Expo, illustrates why. The structure’s focal point is an open public plaza shaded by a large, incredibly slim concrete canopy, draped between two high porticoes and framing a commanding view of the river beyond.

Champalimaud Centre for the Unknown

Much of Lisbon’s most notable architecture, such as this 2011 medical research centre by Indian architects Charles Correa Associates, makes the most of the city’s riverside. Here, two buildings of curved stone – one a research centre, the other an exhibition space and restaurant – feature circular cut-aways to frame river views. Two monolithic stone sculptures and an outdoor amphitheatre at the water edge complete the design.

The recently completed Energias de Portugal (EDP) headquarters by Aires Mateus Architects can be read as a statement of Lisbon’s intent to look forward. Its exterior is etched with vertical elements that add movement to the design and the ever-changing facade varies with the light, moving from opaque to more transparent and decorates the public space below with constantly shifting patterns of shade.

Created by British architect Amanda Levete, this new museum will open in October on the riverside in Belem. Levete’s curved, wave-like design captures the essence of the 38,000 sq m site. The cantilevered structure provides shade while reflecting sunlight off the water into the building. Visitors can walk over, under and through the museum and its roof offers panoramic views of the river.

Read next: an ode to Lisbon’s kiosks by photographer Richard John Seymour 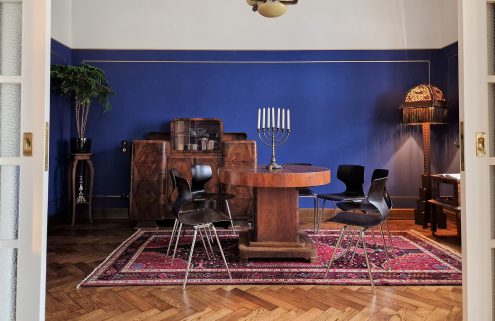 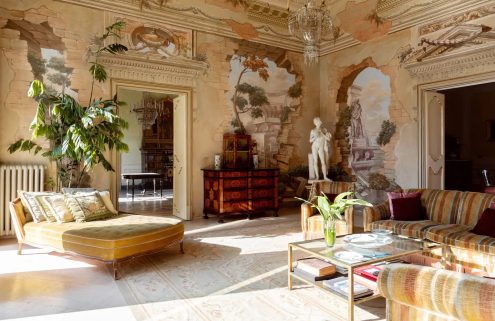