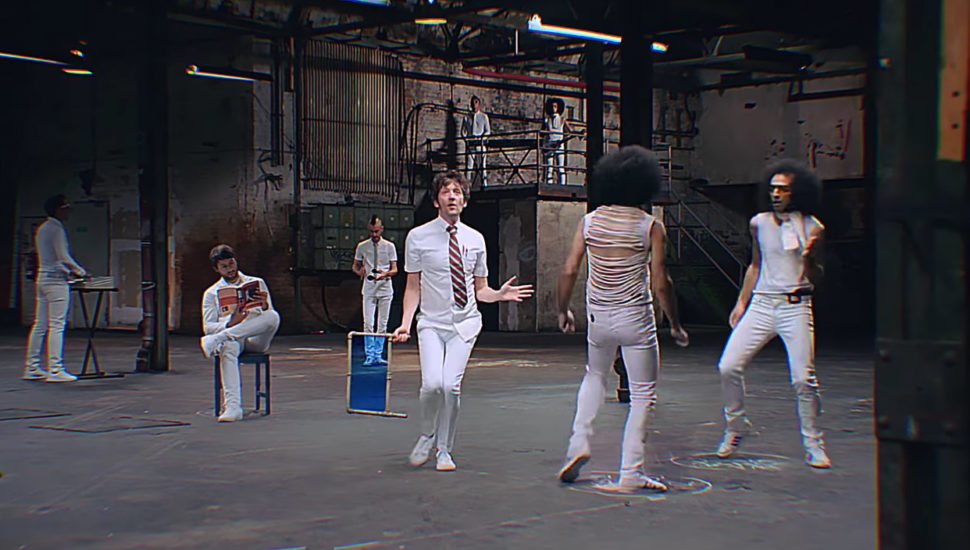 Shot inside the Berlin Arena, on the bank of the River Spree, the video sees the electronic band – fronted by Salter’s brother Hervé – performing with a troupe of their own clones inside the colossal hall, formerly a bus depot.

‘Finding the right space was integral to the design of the video,’ says Arno Salters. ‘My initial concept was to create a single camera movement around a large space, with the band performing in it, and I would reveal as the shot went on that the band had been cloned on a grand scale…’

He adds: ‘But, I had no idea what this camera move would be until I found the space – I really wanted the architecture of the place to inform the move. My location brief was for a large indoor space, with a lot of architectural character, that would give me plenty of room to play with.’

Salters and his production team settled on the historic Arena, constructed in 1929 for Berlin’s transport authority. The building was later commandeered by the Nazi party during the 1930s and 40s and used as an arsenal. It features a trussed, skylit ceiling, concrete floors and painted brickwork.

Different Blue was shot in a single camera move with no cuts, repeated 43 times, with 43 different positions for the band along the camera path. For this reason, Salters and his team plotted their trail on a 3D model of the space, finding their perfect route through the hall before they’d even hit record.

‘I love the grittiness of Arena’s Magazin hall, but more importantly I love how graphic it is with all its pillars. The architecture actually inspired certain ideas [in the video] – like placing clones on the mezzanine, which we crash zoom to for a musical bridge in the track.’

Read next: Sam Smith’s new video goes behind the scenes of London Palladium 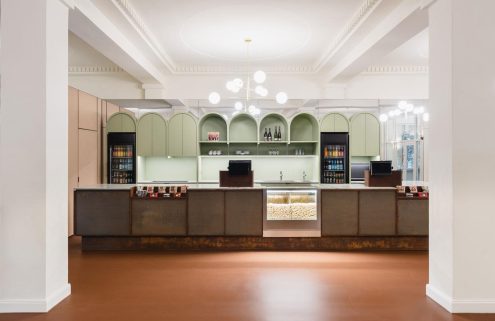 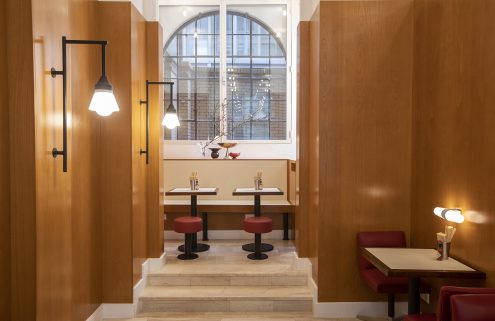 Berlin’s Dashi is an American diner with an Asian twist