Architecture I by Mayer Nissim

Flooding is nothing new to Tokyo and its surrounding area, but with the region’s rapid urbanisation since the middle of the 20th century, the threat of catastrophic flooding has grown ever more severe. A typhoon in 1991, for example, flooded 100 square kilometres, over 30,000 homes and caused the deaths of 52 people.

With existing defences struggling and urban space at a premium, the government’s engineers looked underground. The result was the Metropolitan Area Outer Underground Discharge Channel, a series of vast concrete silos built between 1993 and 2006 that each drain five rivers – stretching from the Oootoshifurutone in Saitama prefecture, north of Tokyo, to the drainage pump station at the Edo River in the city itself – connected by a 6.3km long channel.

The $3 billion project is the biggest storm drain in the world. Each silo is around 70 metres tall and 30 metres wide – large enough to fit the Statue of Liberty or a space shuttle inside.

Photographer Christoffer Rudquist went inside these colossal structures for the new issue of Avaunt Magazine, out on newsstands now. We take a peek at what he found…

Read next: Take a spin around Transylvania’s subterranean theme park 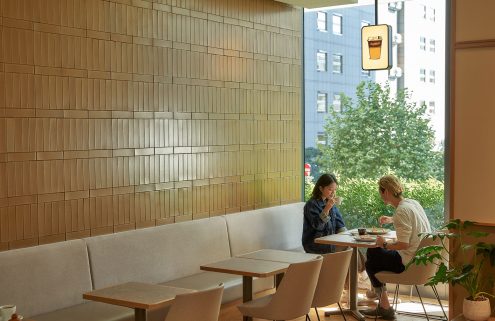