It’s been made using 3D scans

This Chengdu chippie puts a fresh spin on the classic architectural elements of the UK’s fish and chip shops.

To create the restaurant – which is an outpost of the original Scott’s Fish and Chip Shop in York – architecture studio Unknown Works 3D-scanned chippies across Britain. Textures, patterns and patinas from both inside and outside restaurants were then imported into a library of architectural elements which were later used to build Scott’s Chengdu.

The chippie is relatively minimal on the inside, with gleaming white tiles paired with a flash of red neon. But the unfolding exterior is where things get interesting. Not only does it helpfully extend the tiny 33 sqm space inside the restaurant, but it references all the classic features found in British chippies.

Diners sit on benches surrounded by relief versions of familiar elements, including hanging aprons, salt and pepper pots and engraved menus. According to Unknown Works, it’s all a sly nod to Shanzhai – which refers to China’s reputation for counterfeit goods. And this isn’t the only Scott’s planned for China, with Chengdu the first in a series of outposts to be built in the country. 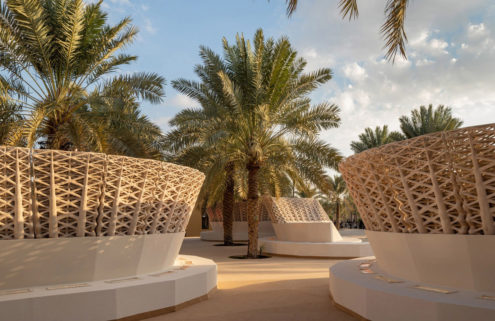 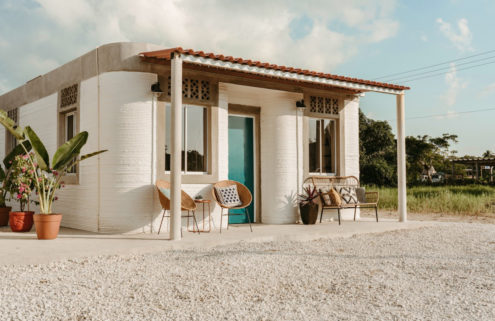