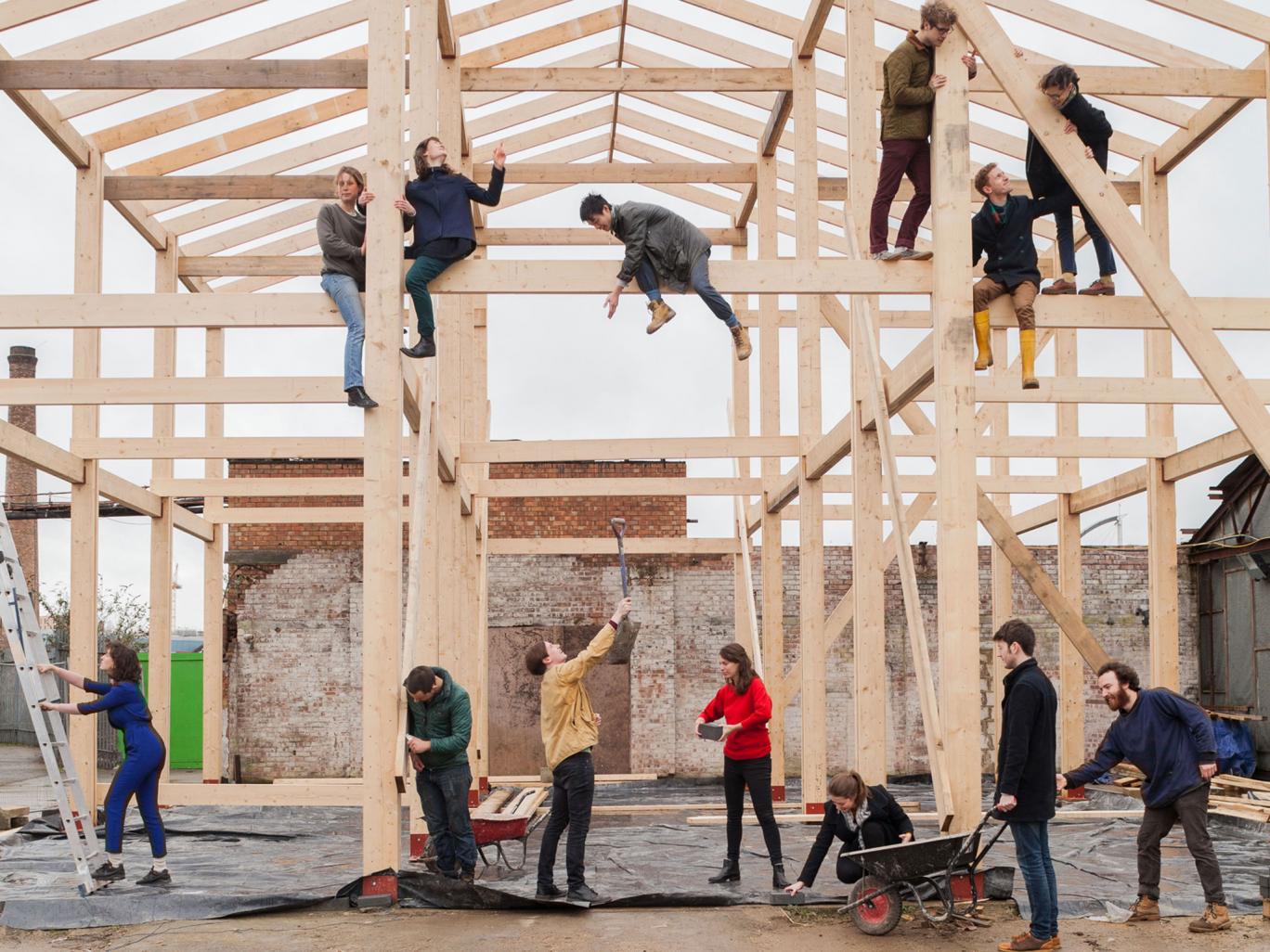 Assemble has landed the 2015 Turner Prize, becoming the first architects to land the holy grail of British art awards.

The group takes home £25,000 for its winning project: the ongoing regeneration of Liverpool’s Granby Four Streets, where it is working with locals to revive houses and shops abandoned after the 1981 Toxteth Riots.

Matt Leung told Sky News earlier today that the nomination was in itself a surprise.

‘We were mostly confused at the beginning,’ he said. ‘It’s the largest visual art prize in the UK and we didn’t really understand what was happening.’

The 2015 Turner Prize win – announced at Tramway in Glasgow – caps a busy year for Assemble, during which it also created The Brutalist Playground at the RIBA’s Architecture Gallery.

‘A Showroom for Granby Workshop’, the group’s spin-off installation from the Granby Four Streets project, remains on show at Tramway alongside works by the other Turner Prize nominees until 17 January 2016.