A bird’s-eye view of these contested land masses

A video installation inspired by conflict over valuable bird dropping deposits has opened in an old auditorium in Peckham, London.

Lê’s footage is projected across three screens within the dusty, pitted walls of a former Edwardian film theatre in Peckham’s Bussey Building. The funk of sun-ripened fish from neighbouring Rye Lane adds to the atmosphere.

The artist used surveillance-type drones to capture bird’s-eye views of the Chincha islands – 21km off the coast of Peru. ‘We shot on Chincha because it’s historically important,’ Lê explains. ‘It’s one of the first islands where they did extensive harvesting.’

As the original colonisers, the bird population – now predominantly Peruvian Boobies – defined the structure of the islands. Speculators visiting in the mid 19th century described ‘a pile of guano 90m tall,’ says Lê. ‘The indigenous Peruvians had always harvested it – but they were also extremely protective of the islands. Their leaders only allowed a certain amount to be taken each year.’

Growing demand for guano fertiliser put Peru at the centre of a boom market and the 90m pile was picked apart. But Peru’s renewed protection of the islands – and a return to cyclical harvesting in the last century – has allowed the encrusting bed of dung to build again, rendering the surface of the islands a soft yellowy grey, dimpled with nesting holes.

Lê encountered three other generations of structures in his visits to Chincha. Shards still remain of wooden buildings left by guano harvesters from the 19th century – bleached remnants of barracks that would have housed bonded Chinese labourers.

‘Slavery was abolished already in Peru and England – the shortcut was to use indentured servants: it was essentially slavery but for a limited time,’ explains Lê. Migrants from China were bonded for a certain period – some seven years – to pay off their passage to North America.

White-walled cinder block barracks created for Peruvian labourers in the 20th century also still stand. The oppressive atmosphere of these buildings – empty except for faded pinup photos pasted to their walls – inspired Lê to name his work after Franz Kafka’s story In the Penal Colony (1919) ‘because there’s no escape – you’re stuck there.’

When filming on the final island, Lê was astonished to encounter guano harvesting in progress, and a vast ziggurat-like structure built like a fortress on the seafront out of thousands of black polythene sacks of droppings, all harvested by hand. ‘Right now, because of the green movement, guano is coming back and fetching a good price,’ he explains.

Despite the overpowering stench of ammonia from the guano – and the bitter history of the place – Lê and his crew were overwhelmed by the aesthetic of the site. ‘With the white sheen of the guano in the sun, and the rocks and clear water, it was one of the most beautiful places I’ve been to in my life,’ he admits. ‘At the end of each day of filming the crew couldn’t wait to get their own cameras out and start taking photographs.’

Dinh Q. Lê, The Colony, was commissioned by Artangel and runs from 25 August – 09 Octoberat 133 Rye Lane in Peckham, London

Read next: Oscar Wilde’s prison cell will open to the public for Artangel’s new exhibition in Reading 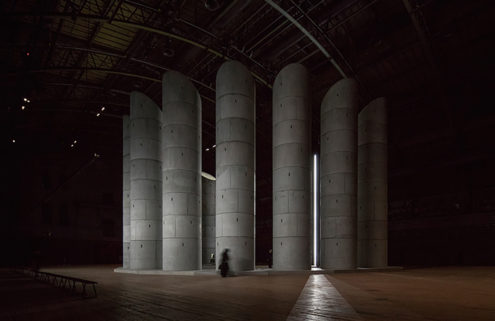 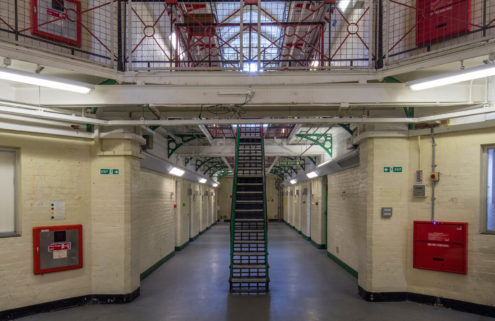