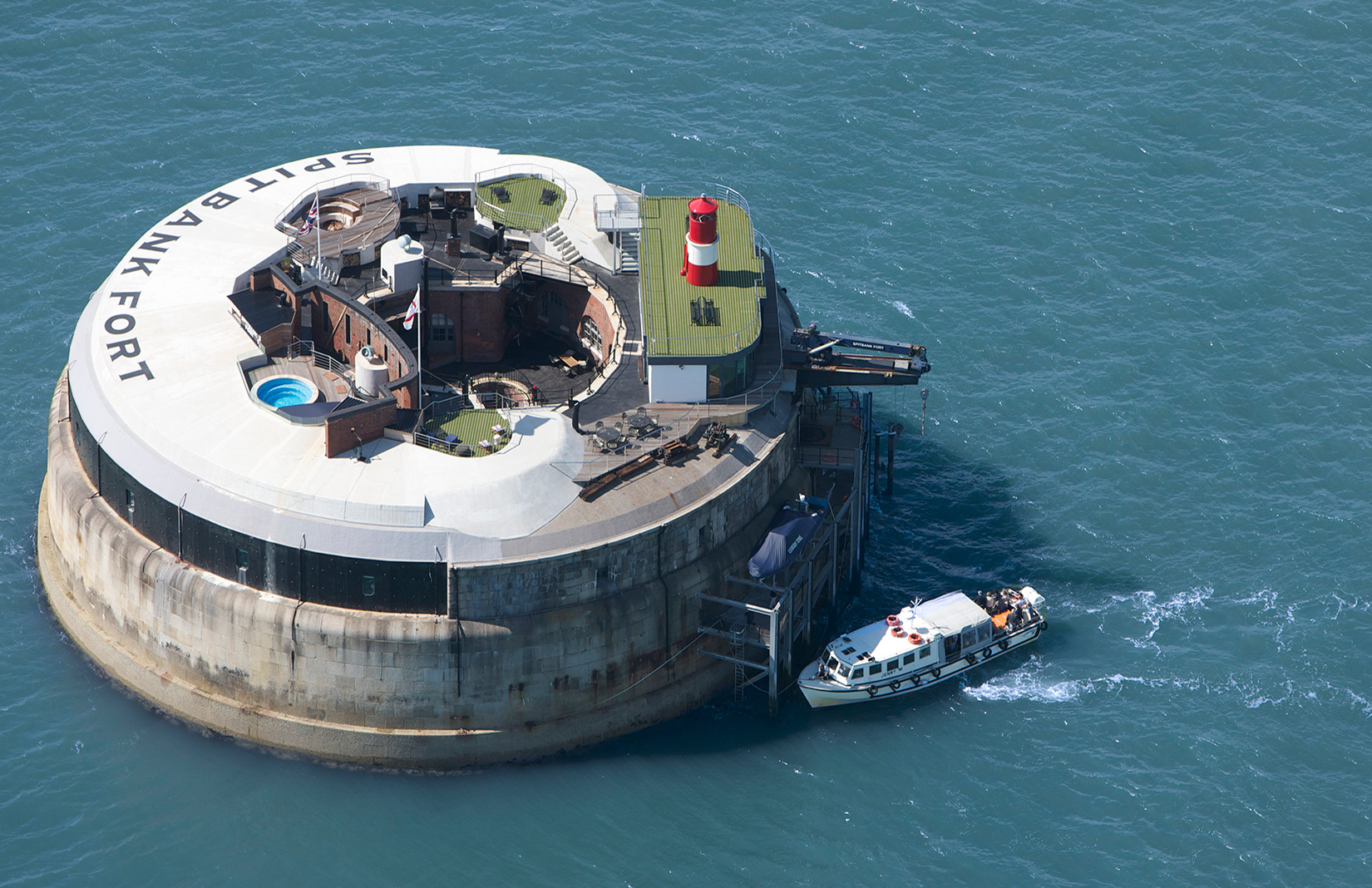 Live out your James Bond fantasy on these island fortresses off the south coast of England.

The three Napoleonic former forts, set out to sea in the Solent strait a mile from Portsmouth Harbour, are the ultimate hideouts. They are only reachable by boat or helicopter and have panoramic views of the English Channel, the Isle of Wight and the English coastline.

Entirely humanmade and built in the 1860s, the dramatic circular structures are regarded as impressive examples of Victorian engineering and look as though they are floating on the sea. They have 15ft granite walls, vaulted brick ceilings, spherical floor plans and exterior armour plating.

Two of the forts, Spitbank and No Man’s – which, together with Horsesand, are known as the Solent Forts – have been completely restored and converted into self-sufficient hotels by their owner Clarenco, who bought them both in 2009 for £3.6m.

Meanwhile, Horsesand is a blank canvas with original gun carriages, 18-metre-thick walls, and 100 chambers and living quarters. On sale for offers around £750,000, it hasn’t been touched since the 1940s and needs restoration.

The Napoleonic sea-based defences were built on the orders of Prime Minister Lord Palmerston in response to a perceived threat of invasion by sea from the French. The forts were used as signalling stations during both World Wars and were decommissioned in the 1940s.

The former forts have potential as hotels, isolated homes or unique wedding venues. Each is available individually or in combination via Strutt & Parker.

Up next: Stay in a converted fortress on the Suffolk coast