A Jean Prouvé-approved prefab is on display in Girona

Girona’s Terra Remota vineyard has revived the last remaining Marabout House – a piece of temporary housing once deployed in Algeria.

First designed in 1956 by French engineer Raymond Camus – who pioneered prefab building systems in the country – the 13-sided home was initially intended for use by the French army.

Camus created the aluminium house as part of a competition organised by the military, which called for a lightweight building that would be easy to assemble and transport. Camus’ design weighed less than 30kg, was put together in an hour, and dismantled in 25 minutes by four people. Although measuring just 50 sq m, it could accommodate 20 soldiers.

A prototype of the Marabout House was built at Jean Prouvé’s Nancy workshop, and the architect was reportedly very much inspired by the design – mentioning it in classes he held at Paris’ Conservatoire National des Arts et Métiers, and possibly using it as a basis for his 1969 Total petrol stations.

This particular Marabout House was one of two commissioned by energy company EDF-GDF, and was originally used as temporary housing in the suburbs of Paris. It’s been restored by architecture expert Clement Cividino, who has installed several key design pieces inside the home – including work by Charlotte Perriand and Bruno Munari. The home is displayed, in collaboration with Architecture de Collection, at the Terra Remota vineyard in Girona until the end of August.

This Girona holiday home is steeped in history 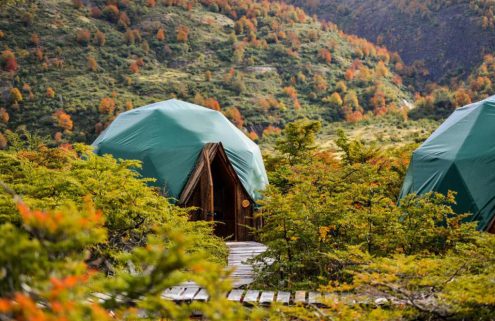 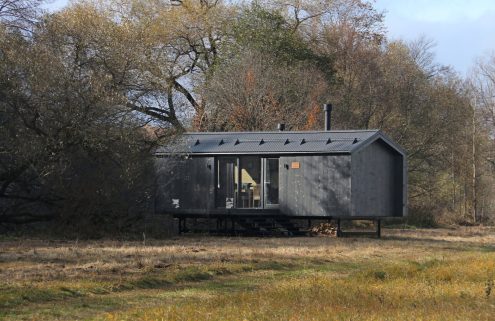 Modern prefab Topol-27 can be built in under 24 hours 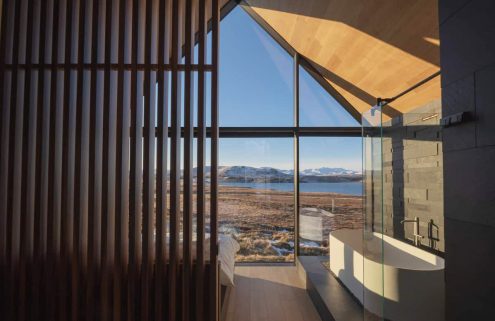 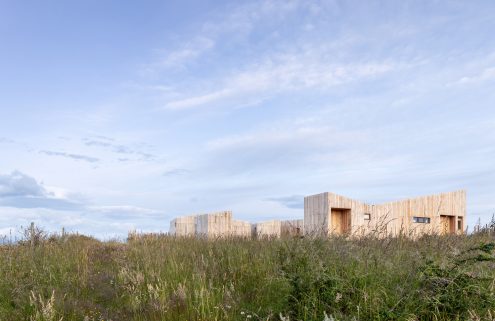 Cabin hotel AKA Patagonia sits at the threshold of volcanoes, mountains and glaciers in Chile