The red brick exterior of Seoul’s PONT Mullae Cafe cuts a striking figure against the city’s backdrop of glass and steel skyscrapers.

Studio Stof designed the roastery and cafe’s interiors, doubling down on all the things that make the building so distinct and leaning into its adaptive reuse.

The ceiling has been removed – revealing jagged concrete edges – doubling the height of the space and flooding it with sunlight. Studio Stof has installed terracotta tiles throughout the Seoul cafe, alongside a curving plywood counter painted in flashes of burnt orange.

PONT Mullae Cafe is located in Seoul’s Mullae-Dong district, which was once a key industrial area of Seoul. Many of its former factories are now being turned into artist workshops and galleries, and the cafe is part of several former ironwork spaces being used for new purposes. As well as ordering coffee, guests can join coffee-related seminars and visit the PONT roastery.

Read next: A brutalist coffee shop has sprung up in Seoul

Coffee and vinyl: 10 record shop cafés that serve both your addictions 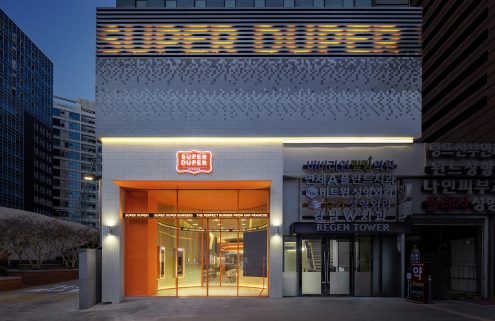 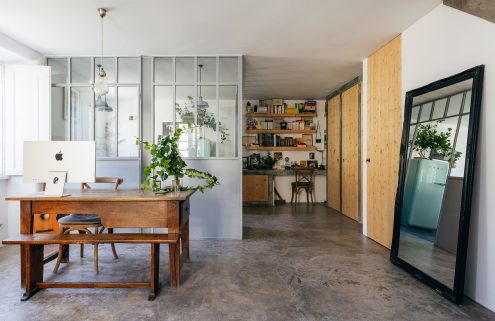