Will the all-star cast of designers in ‘Holiday House’ help shift these £23m pads?

And raise a hefty sum for charity too

For £23 million – and, some hope, a lot more – a Palladian-style home in St John’s Wood could be your holiday house. For £46 million you can also have its identical neighbour, joined in the rear by a car-lift leading to a pair of 11-metre-long indoor pools. But for now they remain, simply, Holiday House, the first London outpost of the annual New York-based showhome event in aid of the Breast Cancer Research Foundation.

The London event marks the 10th anniversary of Holiday House, which last year reached the US$1 million milestone for the cause.

Holiday House founder Iris Dankner, an interior decorator and breast-cancer survivor, co-opted the twin homes to orchestrate a month-long fundraising spectacular showcasing the work of 26 UK-based designers. They’ve each transformed a room (or series of) with high-spec cabinetry, mile-long sofas, hand-painted wallpaper, one-off light installations and rare artwork. Tickets inside, for a programme of lectures, demos and sales, start from £14.40.

Aside from ticket proceeds and an auction to mark its opening, the BCRF could raise significant funds from the sale of the twin houses near Lord’s Cricket Ground. Saigol DDC, which had already embarked on the development when Dankner proposed the Holiday House collaboration, has promised to donate a share of the profits to the foundation. And, says owner Faisal Saigol, ‘We’re fairly confident we will get what we want.

‘From an amenities perspective, they’ve got everything – natural light, high ceilings, lifts to all the floors, a butler, and all the design bolted on. Even among the grand houses on this street, it’s unusual to have this level of design.’

Rachel Laxer, a bi-coastal designer and Holiday House London co-chair, has installed a Lasvit chandelier dripping with blown-glass skulls that she says is ‘an allegory of life and death’. Her melancholic dining room contrasts wildly with the marble kitchen and dining room by Susan White for IGGI, with its custom Lalique white grand piano and wall of bubblegum-pink feathers.

Simone Suss of Studio Suss has taken on a girl’s bedroom with a scribbly silk rug from Front and a wall of petite Sophia Webster heels. Meredith Ostrom body-painted a feature rock in her ‘Viking rock princess’ bedroom, and added neon uterus art. And Philippe Maidenberg enlisted Supertramp frontman Roger Hodgson to outfit one loft with Roche Bobois chill-out sofas and a giant experimental techno-harp.

‘Houses on the street normally sell for £14 to £18 million,’ says Holiday House co-chair Joyce Misrahi, who has lived in the neighbourhood for more than a decade. ‘But this one is the first to be developed to this extent. And you can move in lock, stock and barrel.’

She means interested parties can opt to take the Savoir beds and Doshi Levien dressers in situ. At the very least, they’ll get the wallpapers, window treatments, cabinetry and Farrow & Ball paint job.

An asking-price sale isn’t a pipe dream. All past Holiday House properties in New York have sold quickly and last year’s, a West Village townhouse, sold for $17 million, just $250,000 below the listed price. Houses in the veteran Kips Bay decorator showcase regularly sell for asking, lately upwards of $20 million – even before they open to the public. In 2009 a Qatari sheikh purchased the Kips Bay Decorator Show House for $47 million.

Show homes of this kind are a novelty in London, though recently Nina Yashar of Milan’s Nilufar Gallery collaborated with designer Shalini Misra and gallerist Mehves Ariburnu on a Mayfair apartment they called Nilufar Squat. In June 2016 it opened to the public and hit the market at £10.9 million. According to Misra’s office, the South Audley Street apartment sold two days after the Brexit vote for the ‘very nice offer’ of £9.5 million.

Read next: Playwright Alan Bennett is selling his ‘Lady in a Van’ London home 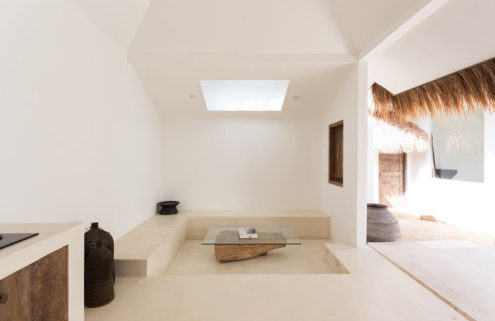 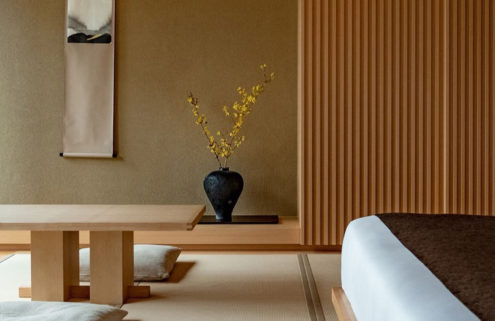 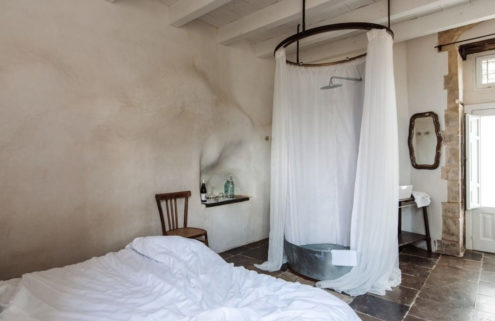 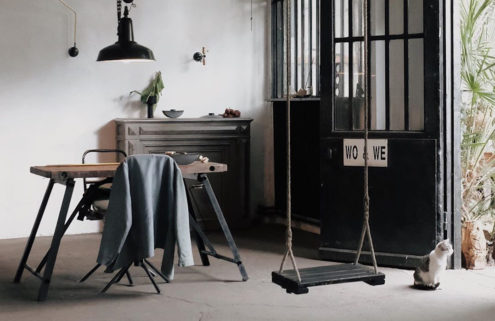