The studio of George Frederic Watts will open to the public tomorrow – the latest phase in an 11-year restoration of the ‘artist village’ that evolved around the Victorian artist and his wife, designer and craft pioneer Mary Watts.

G F Watts’ studio sits within the east wing of Limnerslease, the home the couple commissioned from Arts & Crafts architect Sir Ernest George in Compton, Surrey. After Mary’s death in 1938, Limnerslease was separated from the artists’ estates, and was converted into series of dwellings in the 1950s.

Phase one of the Compton artist village project saw the centenary renovation of the existing Watts Gallery, which had occupied the neighbouring site since 1904, the year of G F Watts’s death. As the gallery reopened to the public in 2011, all the parts of Limnerslease came on to the market simultaneously, offering an unexpected chance to reunite the whole estate.

So what does the studio add to the village, which already has a gallery dedicated to the artist, as well as the red brick Arts & Crafts Watts Chapel?

‘Watts as an artist was fantastically famous in his day because he was considered to be more than a painter,’ explains Nicholas Tromans, curator of the Watts Gallery. ‘He offered this optimistic vision of what art could do. You can’t show that in a picture gallery, but a studio can communicate that engaging and participatory emotional involvement that Watts’ contemporaries talked about.’

The Watts studio at Limnerslease is the latest in a spate of art studio recreations around the world, including a freshly unveiled replica of Joan Miró’s workspace in London. Compton’s artist village project is still evolving, however – following the restoration of the studio, work will begin on the artist’s home, including two central rooms that Tromans describes as the ‘emotional epicentre’ of the structure.

Here, the Watts’ affinity for colours and forms will be put on public view, along illustrations of their wider aesthetic theories. 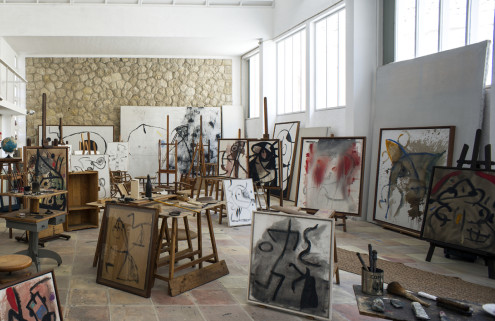 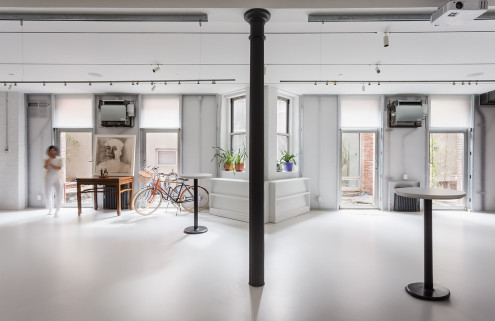