A three-storey section of east London’s Robin Hood Gardens housing estate has been saved from demolition by the Victoria & Albert Museum.

The 8.8-metre-high chunk has been disassembled and removed from its Poplar site, and will be added to the V&A’s permanent collection – although there’s no word yet on when and where it’ll be put on display.

The demolition of the 1972 Robin Hood Gardens estate – which was designed by architects Alison and Peter Smithson – has been the subject of controversy, with a campaign to save it supported by major architects including Richard Rogers, the late Zaha Hadid, and Amanda Levete. Despite debate around its architectural value, the wrecking balls moved in earlier this year.

The Brutalist estate, which comprised a pair of curved concrete blocks, was known for its distinctive elevated walkways – described as ‘streets in the air’ and designed to encourage neighbours to socialise. One of these has been salvaged as part of the section acquired by the V&A, which also has its interiors intact.

‘There are a lot of people who really disagree with the Smithsons while at the same time absolutely worship them,’ said Neil Bingham, curator of contemporary architectural collections at the museum. He added that the acquisition ‘will motivate new thinking and research into this highly experimental period of British architectural and urban history.’

The Twentieth Century Society – who campaign to save Robin Hood Gardens – called the V&A’s acquisition ‘bittersweet’, and described the building as ‘an outstanding example of post war public housing’.

‘It is very prescient of the V&A to recognise the importance of the estate, both as an example of high modernist design, and as a highly controversial conservation disaster,’ said director Catherine Croft. ‘We are sure that future generations will be inspired by the exhibit, and be as incredulous that demolition of RHG was allowed as we are today about the destruction of the Euston Arch.’ 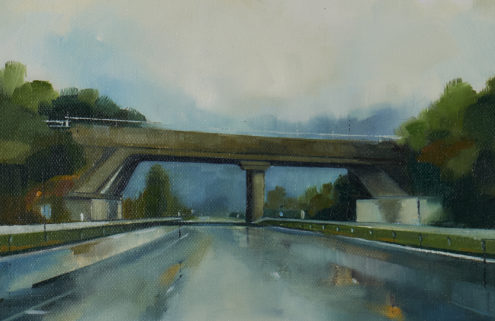