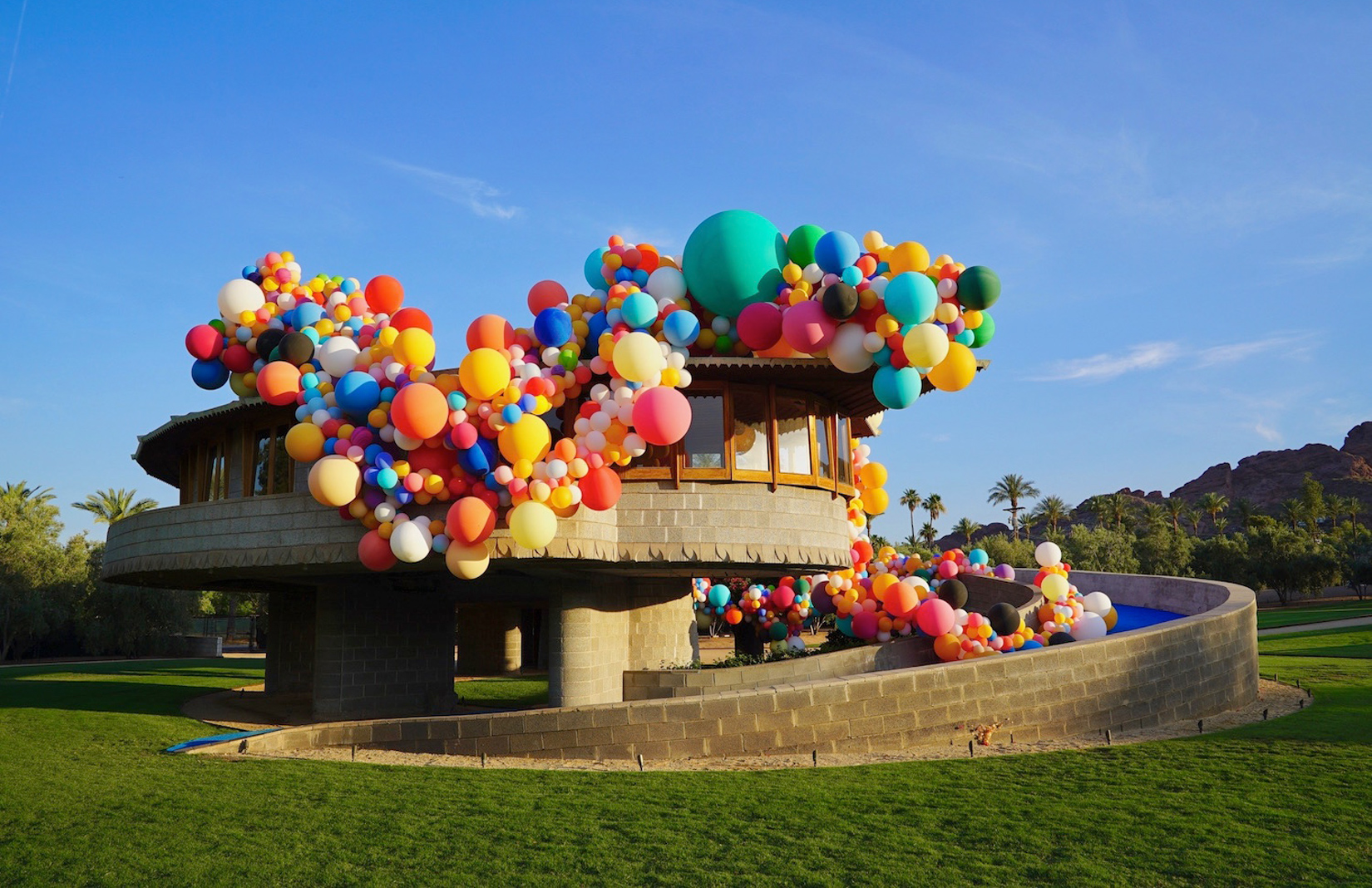 Via The David and Gladys Wright House

A spiraling home Frank Lloyd Wright designed for his son David has gone on sale in Phoenix for $12.9m after plans to donate it to the School of Architecture at Taliesin foundered.

The David and Gladys Wright House dates from 1952 and was a testbed for the circular design Lloyd Wright would later use at New York’s Guggenheim Museum.

Attorney Zach Rawlings bought the circular Arcadia home in 2012 for $2.4m after its owners planned to raze and redevelop the site. His plans to turn it into a museum were scuppered by Arcadia’s local community over fears about increased traffic to the residential neighbourhood.

Rawlings then announced he would donate the 2,553 sq ft building to the School of Architecture if it could promise $7m to restore the home. This fundraising effort was officially abandoned this summer, and the Modernist property is now back on the market via agent Bob Hassett of Russ Lyon Sotheby’s International Realty.

Read next: A midcentury renovation challenge near NYC lists for $469k