From ski lodges to hotel hideaways

Brutalism is back in vogue – and where reuse makes logistical sense, the cream of the crop is being rescued and reprogrammed for the 21st century.

Nowhere is this truer than with Brutalist holiday architecture. While some structures never fell out of use, many concrete complexes – hotels, sanatoriums, and cultural resorts – have flirted with obsolescence, like Marcel Breuer’s Flaine arts village in the French Alps, and a serpentine convalescent home on the Israeli coast.

Head to the former USSR, and the narrative is more complicated. A vast number of Brutalist housing blocks, office buildings and hotels – wrapped in a utopian Futurism and often overbuilt – have been pinched by years of war and upheaval, and sit abandoned (some after barely 20 years of use).

In Soviet satellite states by the Black and Baltic seas, Brutalism was the blueprint of holiday architecture. Bold concrete designs became the physical embodiment of the State’s commitment to leisure – enshrined in a law that gave everybody a two-week holiday. And these workers’ resorts, concentrated in Crimea, were official policy.

Here, we go inside the Brutalist holiday getaways that have beaten the odds. 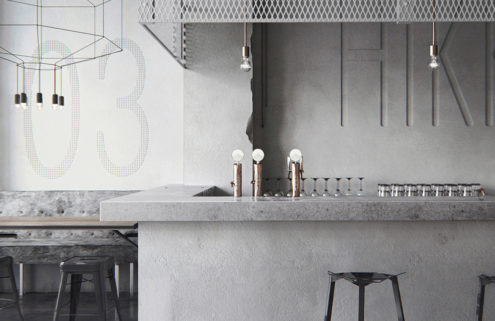