Londoners might have encountered something quite extraordinary last week as they made their way to Temple Station – a gargantuan woman’s head being craned off a lorry on Arundel Street.

The monumental bronze sculpture is part of Daniel Arsham’s new installation, The Bronze Garden 2020 at 180 Studios, a zen sculptural garden inspired by his trips to the temples of Kyoto.

The Bronze Garden occupies a glass-walled space within the brutalist complex, with the pair of eroded and patinated sculptures sitting atop pristine white sand that has been raked and countered into soothing circuits. Arsham excavates the idea of fictional archaeology, with The Bronze Garden inverting the notion of time and storytelling through its architectural framing.

The installation is one of three recent site-specific works in London by Arsham. He has created a piece for the refurbished Whiteley’s development, using a 3D scan of the building’s 1911 facade by Paul Jean-Baptiste Gasq, titled ‘Eroded Summer’. And at Regent’s Park, Arsham’s Unearthed Bronze Eroded Melpomene (2021) finally took its place at the entrance to the Frieze Sculpture exhibition after being delayed by COVID and Brexit. 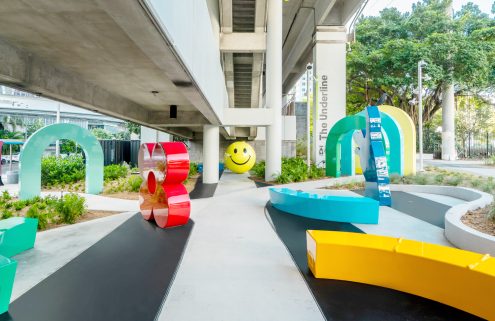 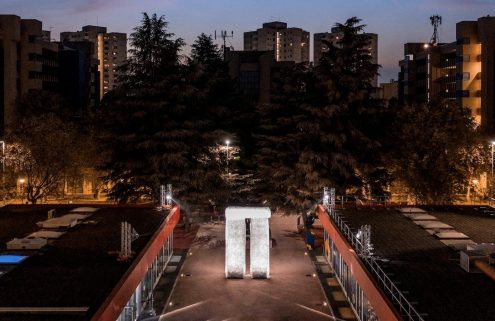