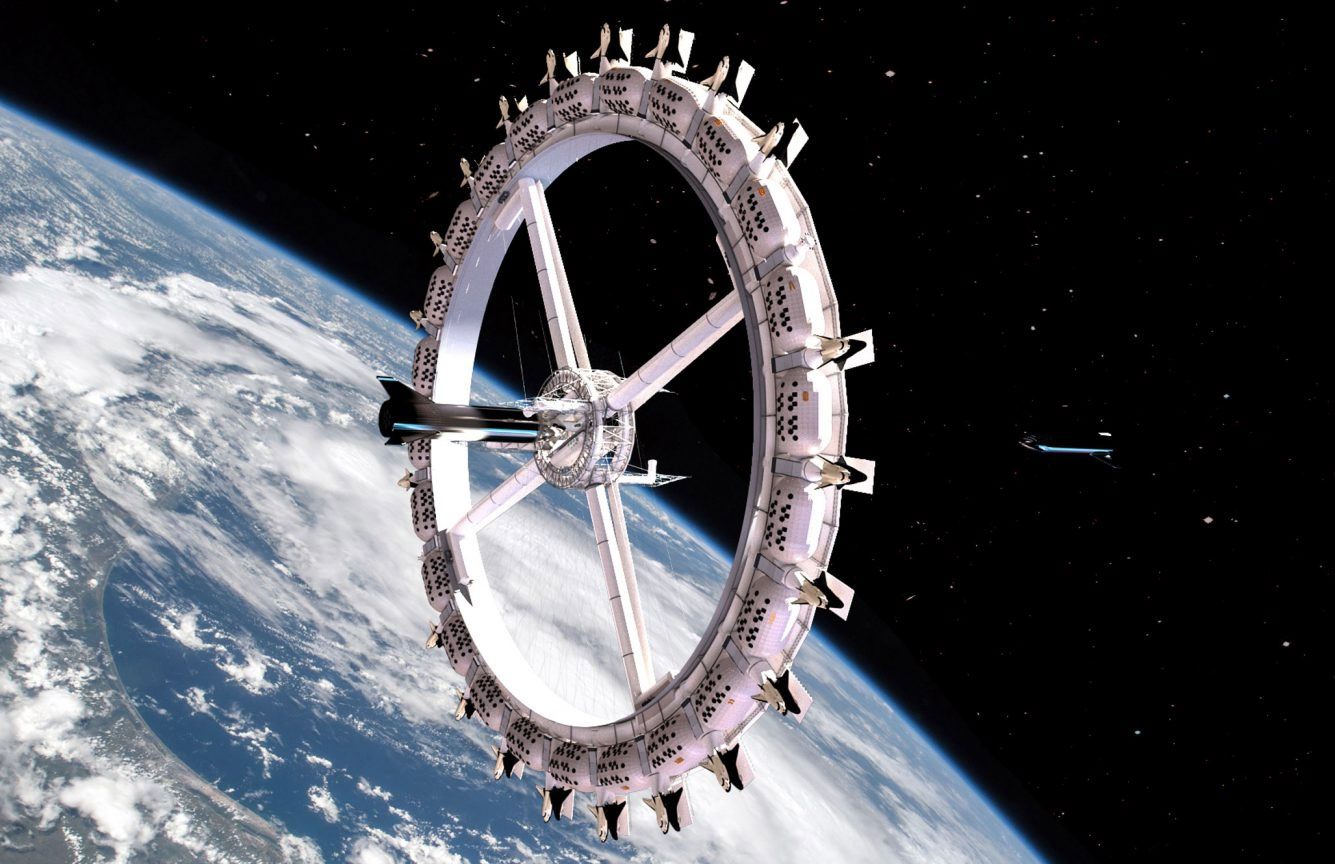 10 March 2021: The world’s first space hotel, Voyager Station, is slated to open in six years’ time and will have enough room for 440 guests at a time, its developer claims.

Shaped like a huge ring, the 50,000 sq m space station will include restaurants, bars and gyms as well as rooms – where visitors can spy on the nearby Earth from porthole windows.

According to the hotel’s architect, Tim Alatorre, Voyager Station will be closer to a luxury hotel on our home planet than the more sterile, Hollywood depictions of life in space. He told Dezeen that interiors will instead prioritise natural materials and colours.

Visitors will be able to stay in individual rooms or rent villas for groups of up to 16. And there’ll be no shortage of entertainment onboard Voyager Station, with a three-tier bar complete with a gravity-defying water feature, and activity rooms designed for low-gravity games, all set to be built. There’s even talk of the hotel hosting performances from musicians.

Construction starts in 2026, with the hotel’s operator The Gateway Foundation hoping to welcome guests the following year. Watch this space – pun intended.