Take a virtual tour of Sir John Soane’s meticulously restored private apartments in London, which have been closed to the public for 160 years. We highly recommend visiting the spaces in person from 19 May, however, when they finally open to visitors.

Sited on the second floor of Sir John Soane’s museum in Lincoln’s inn Fields, the apartments include his model room, bedroom, bathroom, book passage, oratory and Mrs Soane’s morning room – all of which had fallen into disrepair after the architect’s death in 1837.

Conservation specialists Julian Harrap Architects relied on detailed sketches from the 19th century to recreate the spaces. Chief among the attractions will be Soane’s model room, featuring 121 architectural models on a custom-built stand.

Restoration work on the apartments is part of a £7 million drive to improve the museum. 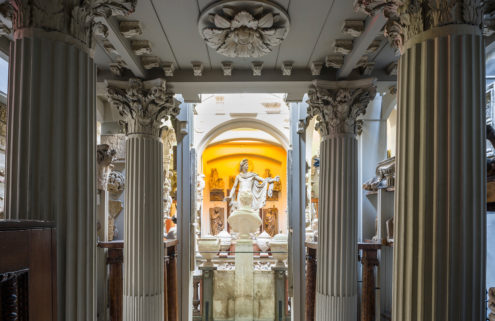