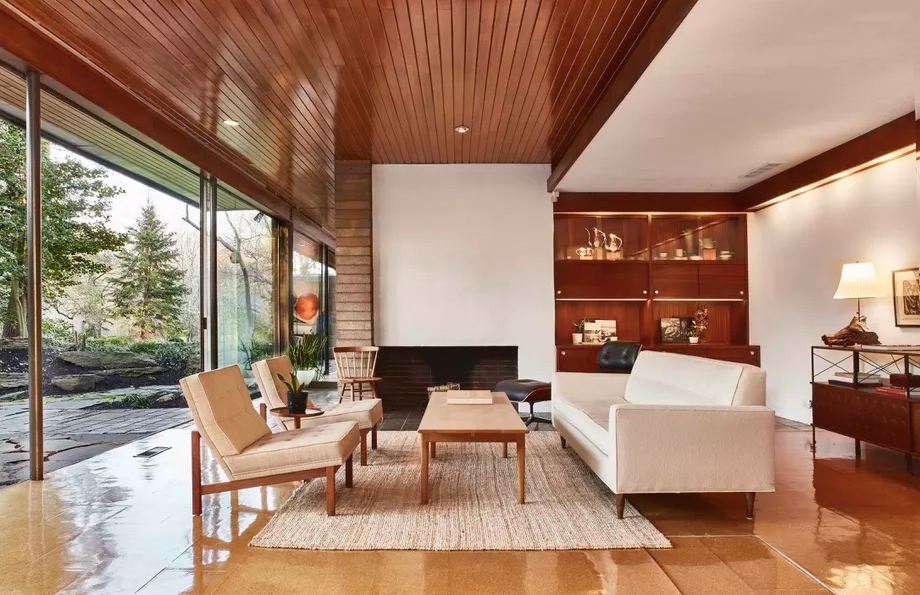 An early Richard Neutra property has gone on sale in Philadelphia following a lengthy restoration that’s brought it back from the brink.

The Hassrick Residence was designed by the Modernist architect in 1958 and built two years later in East Falls. It fell on tough times in more recent decades.

‘Vacant for a number of years [the house] had fallen into heavy disrepair, like something out of Grey Gardens,’ wrote its owner John Houser, who bought the property with his partner George Acosta in 2008. ‘Doors were unlocked and windows open. All sorts of animals were living inside.’

The couple set about restoring the International Style property and bringing back Neutra’s original vision. Hassrick Residence features a 40 ft-glass wall and oversized brick fireplace in the living room.

An extra bonus comes from another midcentury great, George Nakashima, who designed cabinetry and panelling in the kitchen, which has now been fully restored.

Hassrick Residence – on the market via realtor Craig Wakefield for $2.195m – also has another quirk: it’s made from salmon-coloured Bethayers concrete block. ‘As far as we know, this is the only house Neutra ever built using this colour,’ writes Houser.

The pink-hued four-bedroom house comes with a 900 sq ft vaulted solarium that doubles as a studio space. Elsewhere on the property’s 2.16-acre grounds, the couple have created a series of patios and terraces, as well as pool.

Read next: Midcentury gem by Richard Neutra goes on sale for $1.795m in LA 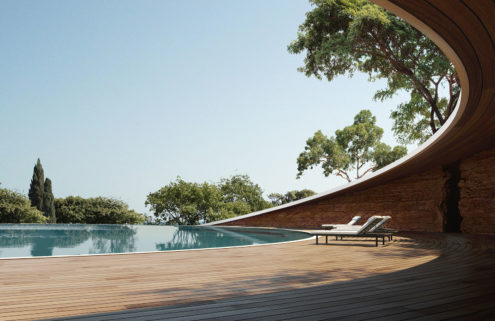 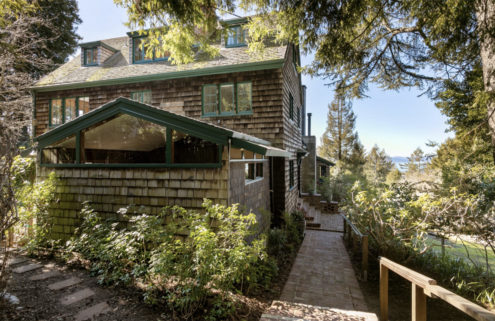 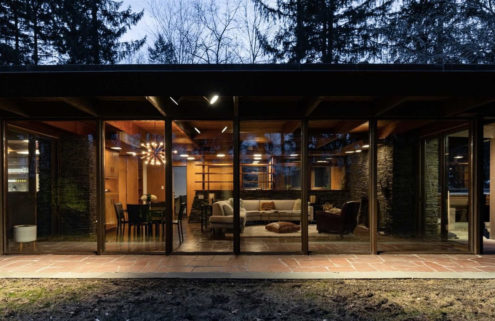 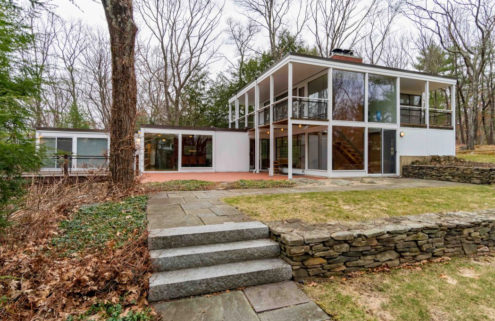 The house from movie ‘Knives Out’ is for sale