Racist monuments are toppling across the world

Statues and monuments depicting racist and colonial figures are being torn down across the globe as part of protests against police brutality and racial violence.

In the US, public statues depicting Confederate leaders who fought for the preservation of slavery were removed. These included monuments to General Williams Carter Wickham and Admiral Raphael Semmes and were mostly located across the country’s southern states. The memorial to the Women of the Confederacy in Richmond – the organisation primarily responsible for erecting Confederate monuments – was also removed.

CNN has a comprehensive list of Confederate statues that have been removed – or soon could be.

Meanwhile, in Europe, a statue of Belgium’s longest-serving ruler, King Leopold II, was finally removed from public display in Antwerp.

Leopold II’s administration was responsible for the deaths and maiming of over 10 million Congolese people during his bloody rule of the former Congo Free State (today’s Democratic Republic of Congo) as he turned the territory into one of the world’s biggest rubber producers.

Back in Britain, Banksy has proposed a replacement for a Bristol statue of slave trader Edward Colston that was ripped down by Black Lives Matter protestors over the weekend and rolled into the river Avon. The street artist suggested installing a monument memorialising the removal of Colston’s bronze in its place.

Colston was responsible for enslaving over 80,000 African people between 1672 and 1689, after kidnapping them from their homes and transporting them in chains across the Atlantic (a journey on which around 19,000 people perished). 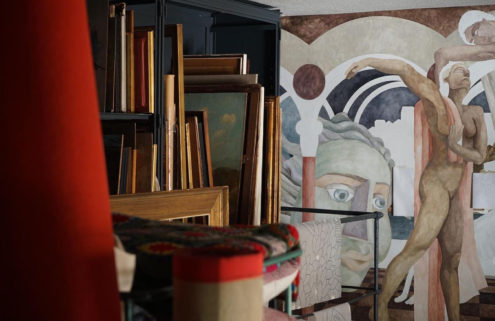