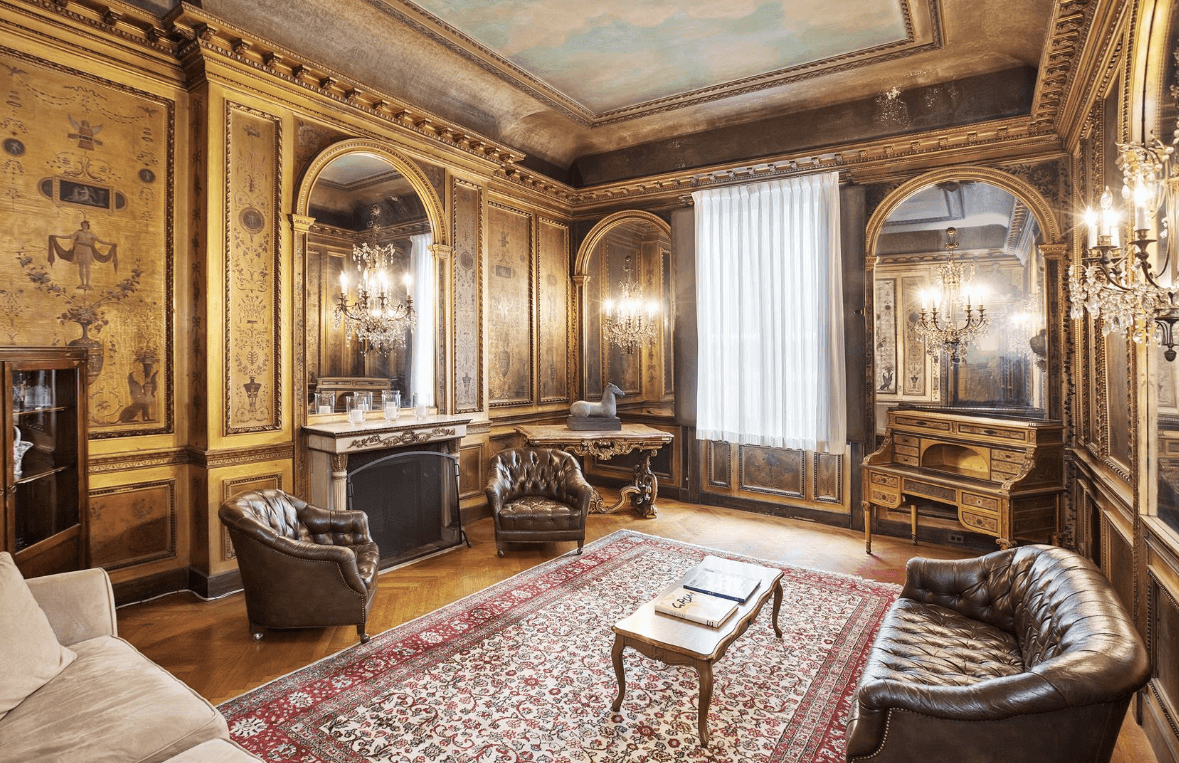 Step back in time to an age of opulence inside this Gilded Age New York mansion, on the market for the first time in 70 years for $50m.

Its Louis XV interiors were inspired by the Palace of Versailles, with fixtures including hand-carved white marble balustrades, gilded panelling and a turn-of-the-century stove which still works today.

‘Everything is virtually intact,’ says real-estate agent Tristan Harper, who is handling the sale for Douglas Elliman. ‘Whoever buys it will own a piece of New York history.’

And it’s a big piece at 20,000 sq ft. Huge by today’s standards, 854 Fifth Avenue was originally among the smaller dwellings built along the street (aka Millionaire Row), and has 32 rooms, eight bathrooms spread across its nine levels.

In 1925, it was bought by heiress Emily Thorn Vanderbilt Sloane White, who added its gilded cherubic ceiling frescoes as well as furniture and paintings, which are included in the sale.

After her death 21 years later, the Republic of Yugoslavia bought the Manhattan property for $300,000 to use as its UN Mission (a Cold War remnant is the bug-proof Faraday Cage it installed).

According to the New York Post, six buyers are vying to get their hands on the manse – which it calls ‘Manhattan’s last intact Gilded Age mansion’ – and it’s likely to remain as a single dwelling….