NBBJ wants to freeze the River Thames for ice skating 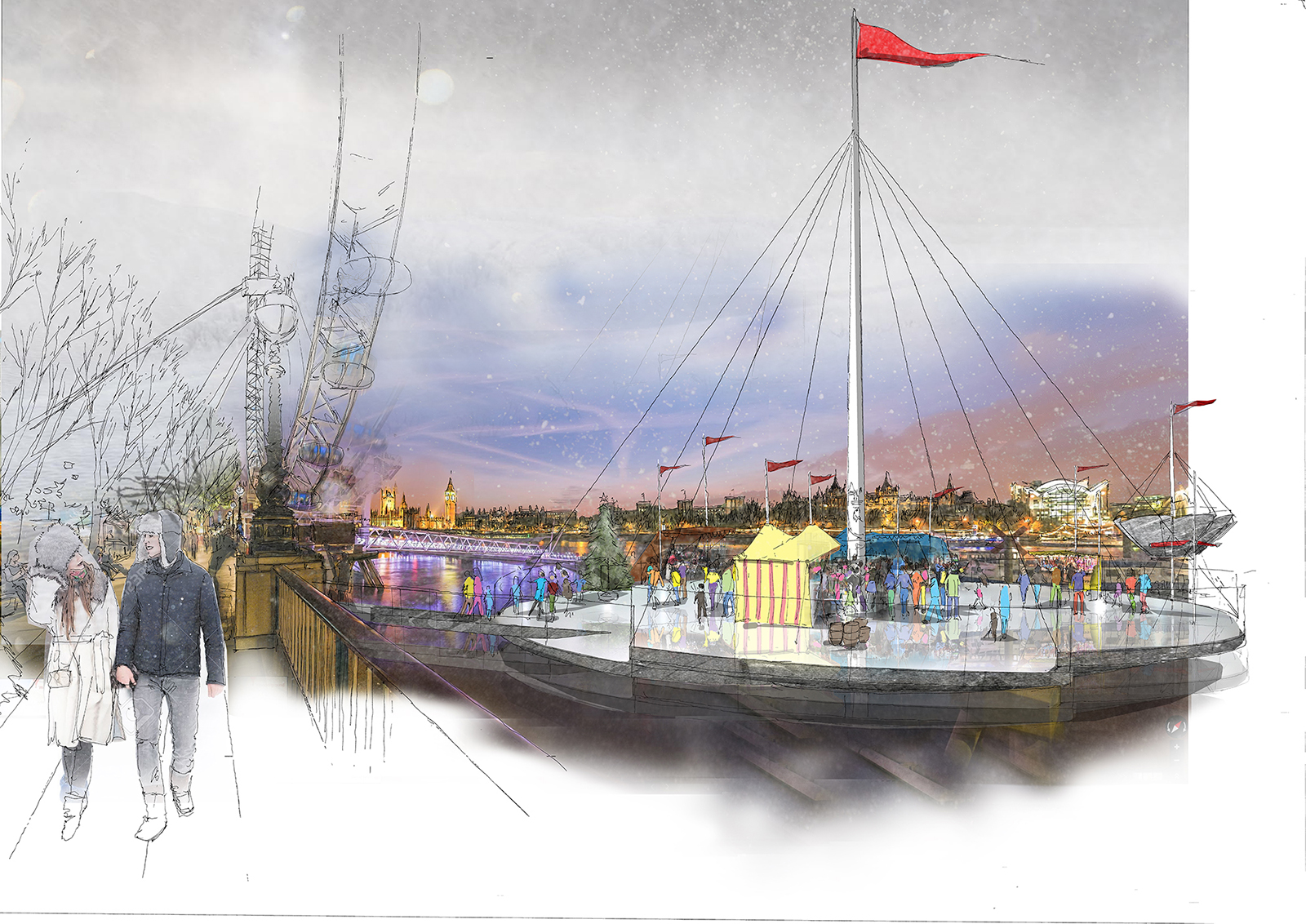 The firm behind the shadowless skyscraper and underground travelator concepts has dreamt up a series of natural ice rinks for London’s River Thames.

NBBJ is proposing unfurling flower-shaped jetties that could isolate water and allow it to naturally freeze in the colder months. Dubbed ‘Frost Flowers’, these ice rink structures would also bring markets and exhibitions to the Thames.

‘We’ve got an interest in looking at key London infrastructure and we’ve always wanted to do something on the river,’ says Christian Coop, design director of NBBJ. ‘At this time of year, the South Bank is a lively area so we started to think about how we could expand that into the river.’ 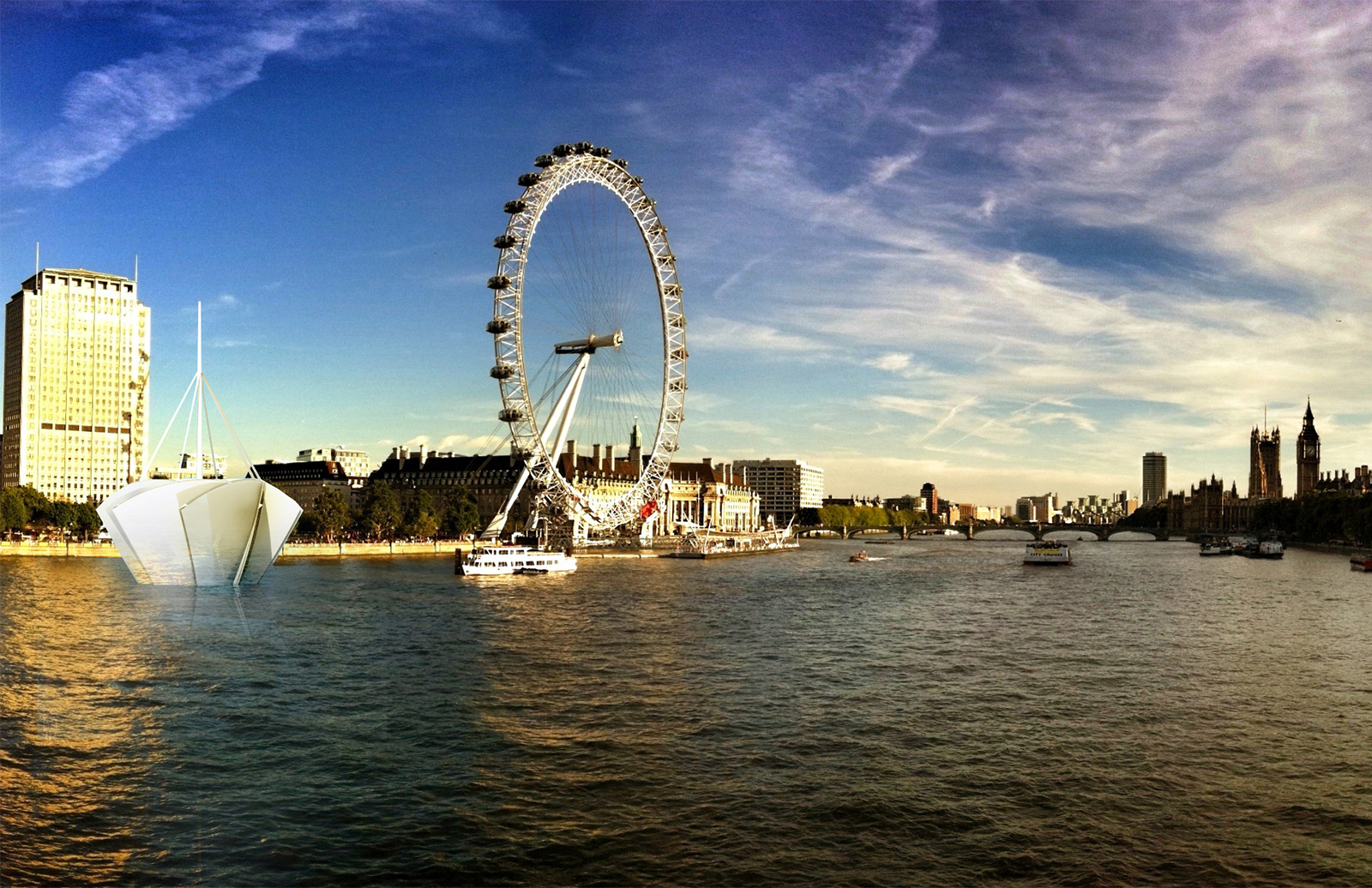 If the ‘Frost Flowers’ ever became a reality, they would revive the long-lost tradition of ice-skating and fairs on the River Thames, which went on for centuries until the early 1830s. Large parts of the water froze back in those days because the original London Bridge restricted the river’s flow.

‘At one point, you even had elephants walking over the ice,’ adds Coop.

‘You can only do these “what if” things if you don’t have a brief. But it does start abstract architectural debate.’

Time will tell if NBBJ’s ‘Frost Flowers’ will sink or swim.