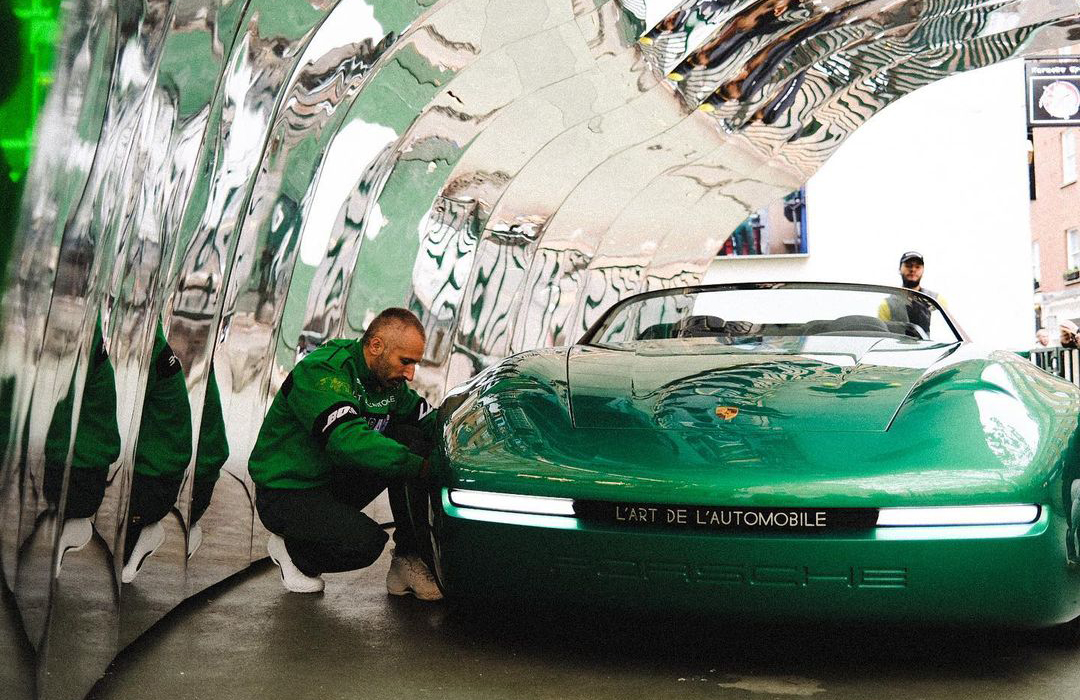 Named the 968 L’ART, the vehicle has been given a 1990s-inspired restyle by Kar that sees it turned into a roadster by removing its roof, while its body glistens in a specially developed metallic shade of green created for the project.

At the rear, the taillights have been redesigned with special KAR lettering, translator from the brand’s L’ART sunglasses, while inside, the dashboard has been tricked out with a one-off TAG Heuru stopwatch, BOSE audio system and bespoke leather detailing.

Kar spent 18 months of the pandemic developing the Porsche 968 L’ART in his Paris workshop. It’s currently parked outside Soho’s Brewer Street car park until 28 November 2021, where a mirrored shelter, protects it from the notorious London weather while offering a fresh perspective of its bodywork.