We love exploring the private spheres of creatives and seeing how they live, so when we find a great space, we share it with you. Here, we’ve rounded up our favourites from across the web – the houses we wish we’d visited ourselves…

While John Pawson was putting the finishing touches to the Design Museum‘s new London home, Port Magazine snooped around the designer’s own Notting Hill digs – another temple to minimalism. ‘I don’t design what I do because I want to try and live the way it’s telling me to,’ he said of his home. ‘It’s just how I want things. It’s a reflection of who I am and what I am.’

Nowness went inside the last house Mexican architect Luis Barragán completed. It was designed for ad men Martin Luque and Pancho Gilardi, who founded an agency together, back in the 1970s. Barragán – who came out of retirement for the project – envisioned the place as a studio-bachelor pad hybrid and injected his signature style of bright, bold colours into the Mexico City space.

This house in Cornwall, Connecticut might look hundreds of years old, but it was actually built this decade. Furniture designer Barlas Baylar wanted his home to have a bit of history, but when he couldn’t find one he liked, he decided to build it himself. Details include antique light switches, a 500-year-old fireplace brought over from France and handmade steel windows from England. ‘I acted like it was a piece of sculpture. I picked the nails. I buried the door handles in the ground to make them look old,’ Baylar told the Wall Street Journal. ‘Every little detail, I studied.’

Rescuing a classic, albeit run down, mid-century home in the Hollywood Hills was a labour of love for Pamela Shamshiri, co-founder of design studio Commune. She invited the New York Times into her R M Schindler-designed abode, and discussed the difficulty in staying true to Schindler’s vision while making room for her own style. ‘I would often say to myself, “What would Schindler do if he were alive?”’ she says. ‘He updated houses all the time. He didn’t think it was set in stone.’

The husband-and-wife duo behind British studio Pinch took Dwell on a tour of their converted cow barn in France. Russell Pinch and Oona Bannon spent a decade putting their own stamp on the 300-year-old structure in La Rochelle, which is filled with their own designs. ‘This house’s materiality is the biggest reflection of our design work,’ Pinch says. ‘The things we have here are very natural and unpolished.’ 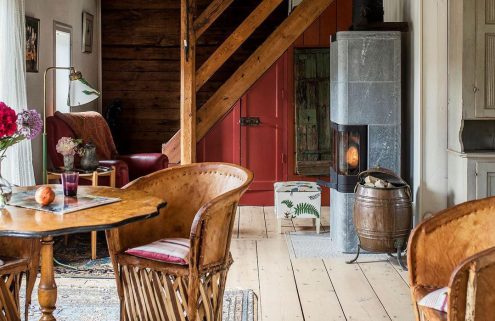 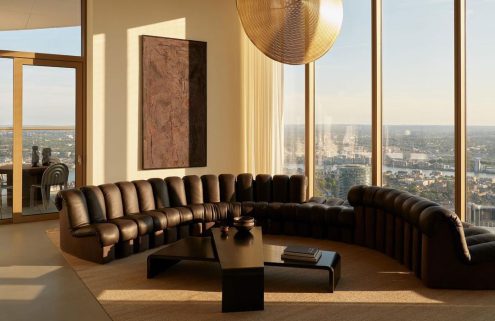 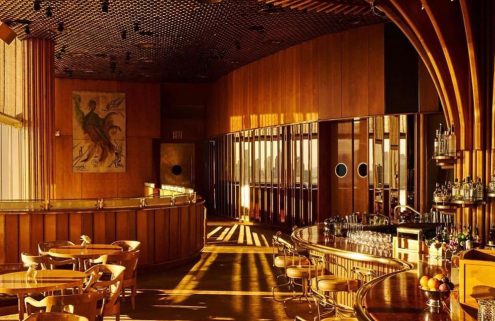 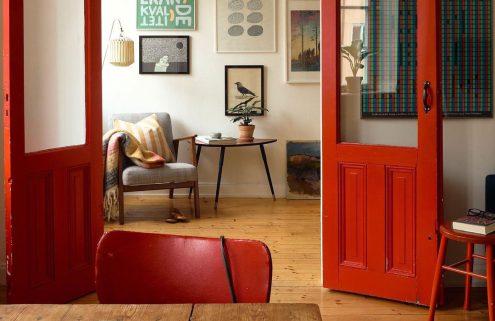