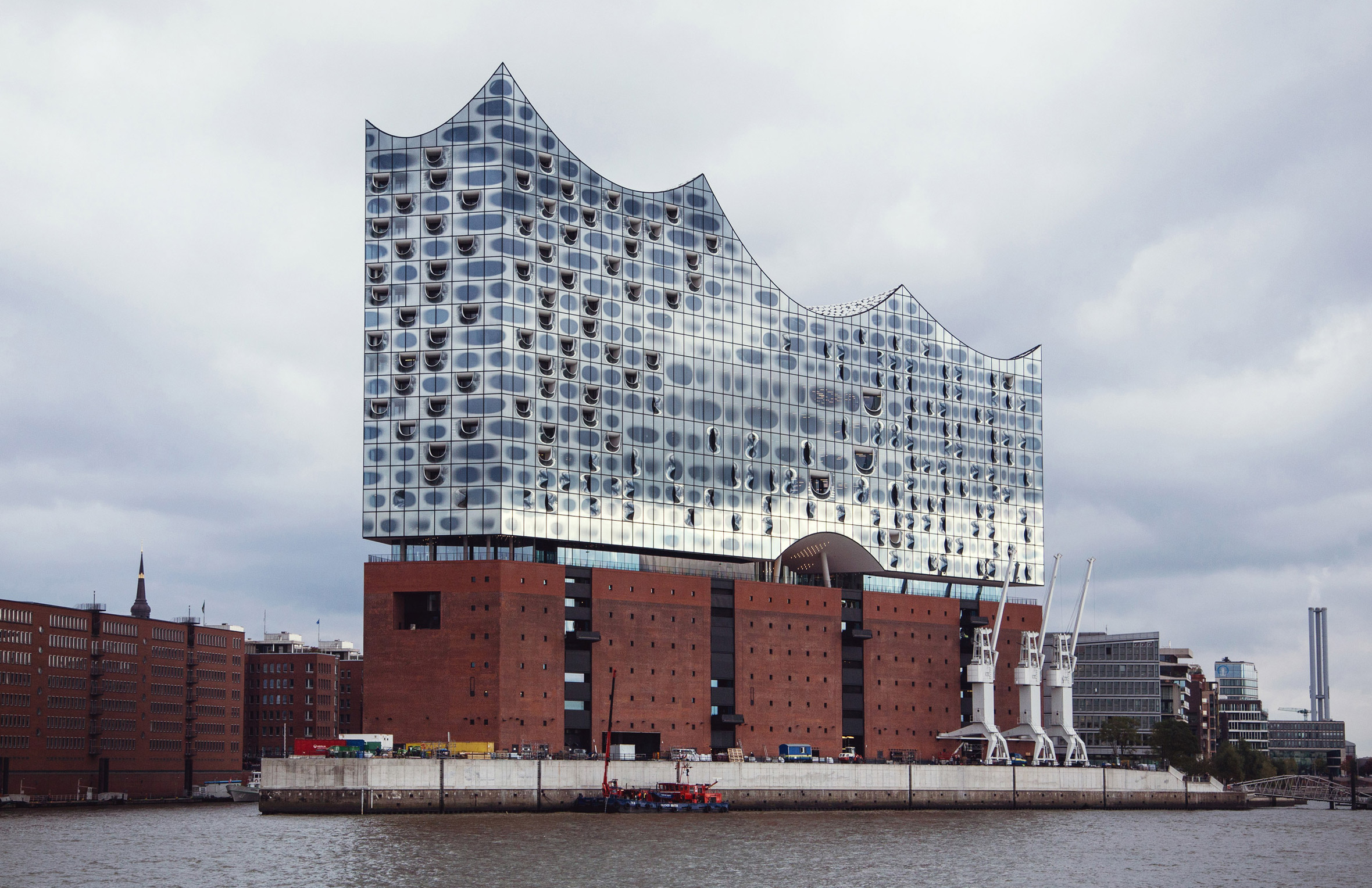 It’s been 16 years in the making but Hamburg’s Elbphilharmonie concert hall finally threw open its doors last night for its first ever concert.

Designed by Herzog & de Meuron, the complex contains three world-class concert halls – the largest of which seats 2,100 people, none of whom will be more than 30m from the conductor – as well as apartments, a hotel and restaurants.

‘If you look for iconic buildings that stand for Germany, you probably have a list of historic buildings in your head,’ said Carsten Brosda, head of Hamburg’s culture department. ‘Few of them are even from the 20th century. So here you have a modern building representing a modern Germany.’

The new structure involved the adaptive reuse of a 1960s cocoa warehouse, which acts as a red-brick plinth for a crown-like structure designed by the Swiss practice. This new addition soars to a height of 110 m and is made from 2,200 individual glass panels.

Elbphilharmonie sits on Hamburg’s harbour front and is the lynchpin of its 400-acre HafenCity masterplan.

The concert hall’s completion was announced back in November via illuminated window panes across the side of the building. But it wasn’t until last night that the complex’s resident orchestra, renamed NDR Elbphilharmonie Orchestra, finally picked up their piccolos with a marathon performance that included works by Wagner, Beethoven and Rihm.

If you missed it, fear not: Google captured the performance in a 360 live-stream on Youtube.

The project is one of the most controversial of recent years: originally estimated to cost €77m and scheduled to open in 2010, it’s been dogged by delays and spiralling costs which have risen to an eye-watering €789m.

Read next: The best architecture for music lovers