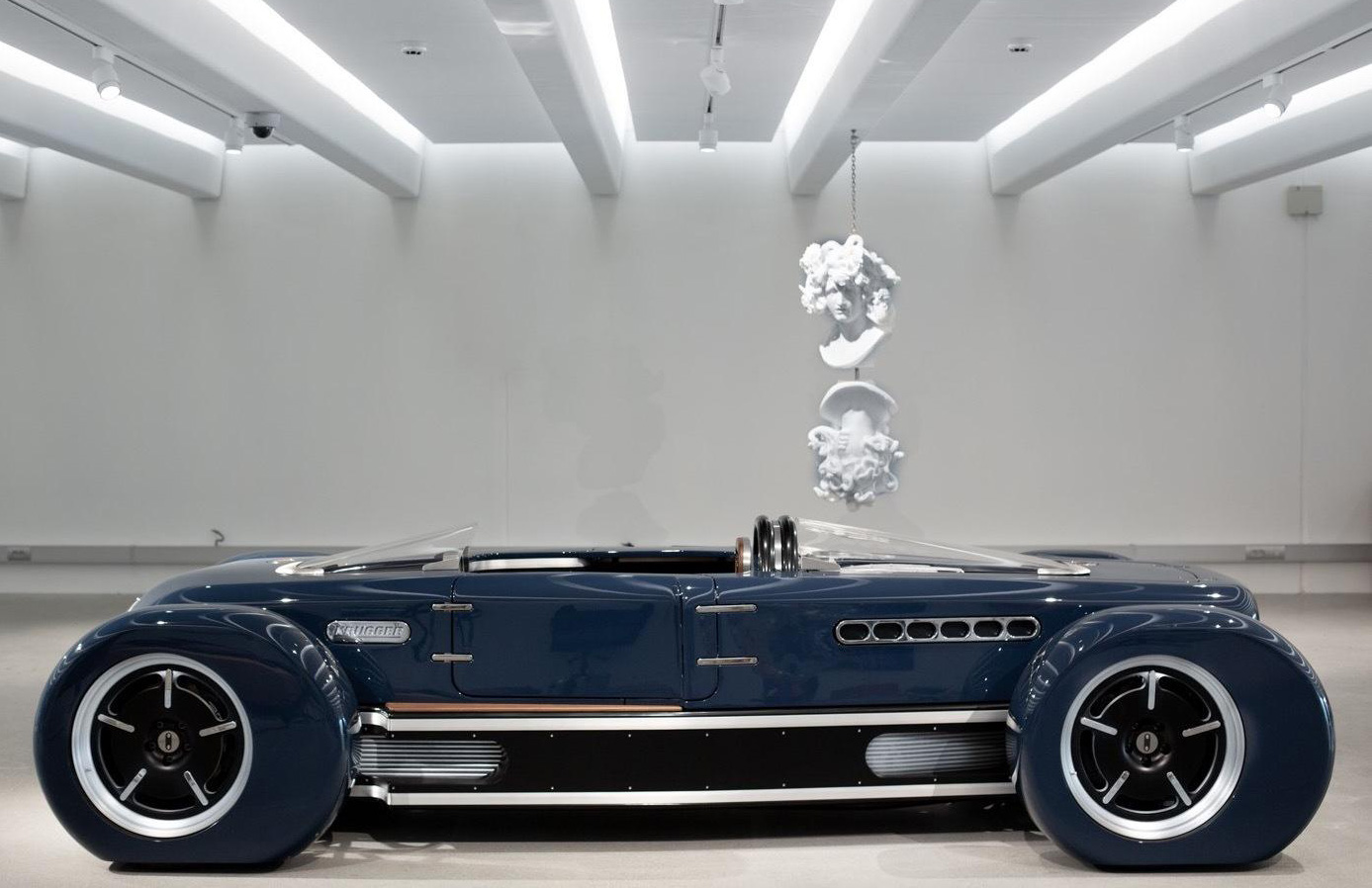 Krugger hand-built the vehicle dubbed the Fred Krugger FD, whose design harks back to the early days of motorcar racing but is equipped for modern, high-speed performance. Its boxy royal blue body has smoothed edges influenced by Streamline Modernisme (a subset of the Art Deco movement influenced by aerodynamic and nautical design). It houses a Bentley Continental GT six-litre engine, and the 12 cylinder motor has been bolstered to 750 HP.

The Fred Krugger FD’s wheels are covered in smooth cases with chrome details adding Art Deco flourishes. A wooden seat and interior deck are reminiscent of a boat, and further anchor the car’s design in the early 20th century aesthetic. At the same time, the chrome steering wheel is a futuristic addition.

Clients François Fornieri and André Dupont commissioned the care, which will go on show at the Brussels Motor Show from 10-19 January 2020.