France is getting its first ever ‘Alzheimer village’ – a purpose built community designed for Alzheimer’s sufferers that takes cues from a medieval citadel.

The experimental enclave in the southwestern commune of Dax will house 120 residents with the degenerative brain disease. It will also accommodate 100 live-in carers, 12 activity volunteers and a team of researchers, who will investigate the scientific benefits of the scheme.

‘[The] village integrates a research centre that will conduct a comparative study with traditional institutions, the impact of new therapeutic approaches on patients and caregivers,’ AFP Professor Jean-François Dartigues – a neurologist and epidemiologist at CHU Pellegrin in Bordeaux – told France Soir.

Danish practice NORD Architects – which has designed a range of healthcare centres in Europe – won a competition in 2016 to design the village. Its scheme eschews contemporary design in favour of the type of buildings found in the medieval fortified towns around Landes, so that inhabitants don’t feel disorientated. Residents will be spread across a number of small shared houses, organised into four ‘neighbourhoods’, and will have their own supermarket, health centre, library, salon and farm. The village will be designed to boost patients’ sense of direction, visual bearings and memory.

Landais Alzheimer was initiated by late local MP Henri Emmanuelli, and inspired by gated Dutch dementia village Weesp in the Netherlands, where residents roam the village freely and are cared for by plain-clothed medical staff.

The first stone has already been laid at Landais Alzheimer, which is expected to cost €28.8m to build and will open at the end of 2019. It’s largely been funded by the government, and will cost around €7m to run, according to reports.

If it’s a success, it could lead to more ‘Alzheimer’s villages’ springing up across France, where around 150,000 people are diagnosed with the disease every year.

This £500k home is designed to improve your health
Can art improve mental wellbeing? 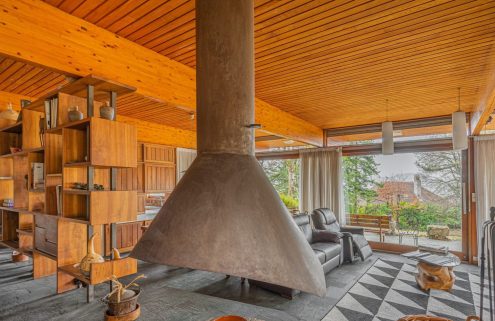 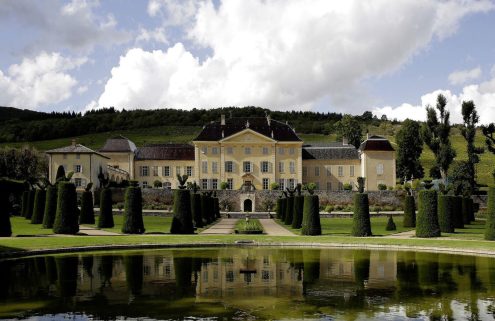