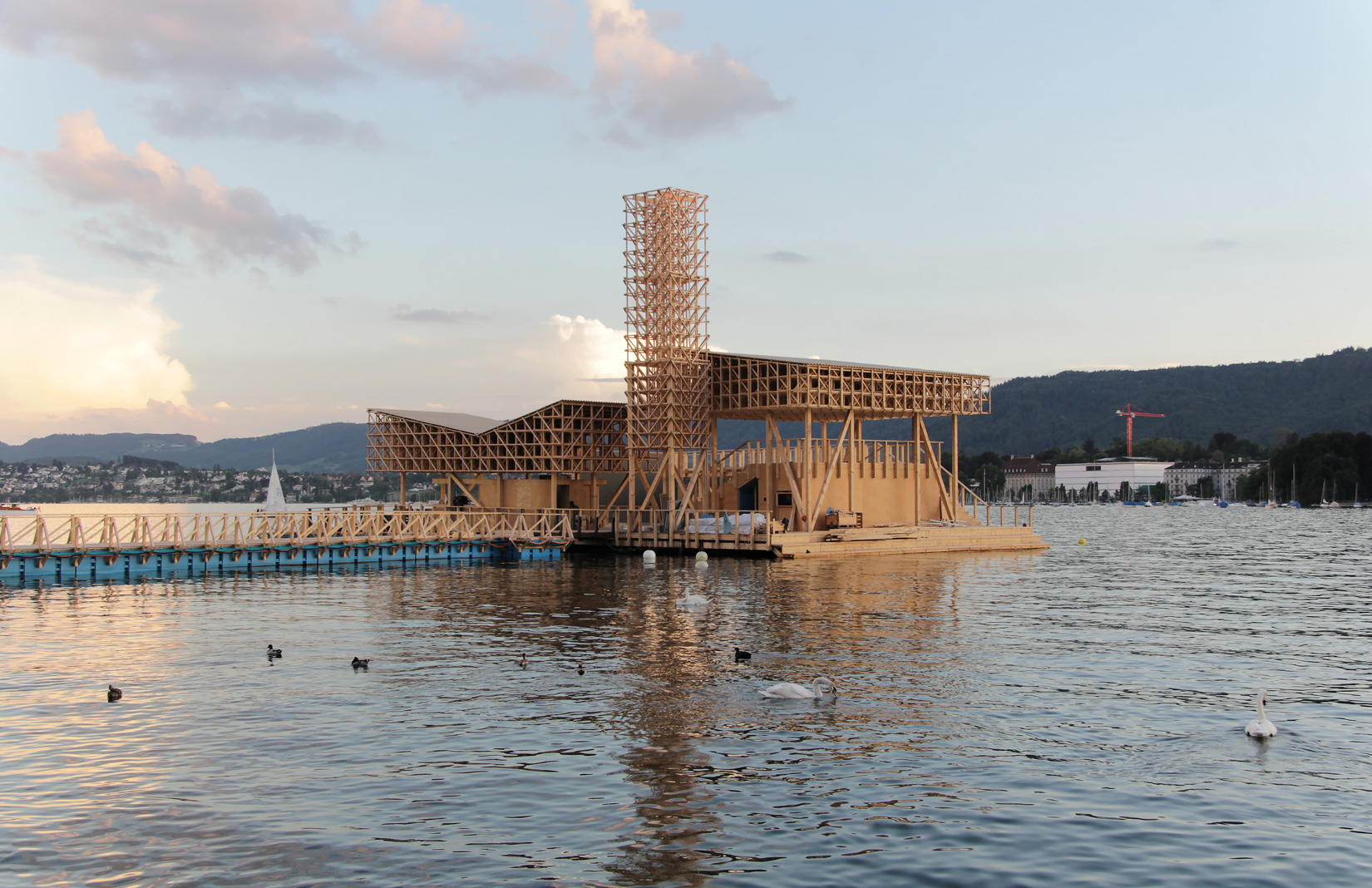 Nomadic art biennial Manifesta has moored up in Zürich for its eleventh edition, complete with a floating ‘Pavillon of Reflections’ in tow…

Under the direction of artist Christian Jankowski, the biennale has become a celebration of the relationship between artists and the ‘real world’ of work. Across the city, artists have been paired up with dentists, teachers, pathologists and pastors to work on a series of what Jankowski calls ‘joint ventures’.

The ‘Pavillon of Reflections’ at the heart of the festival was produced by Tom Emerson of London’s 6a Architects. He collaborated with 32 of his students at the ETH Department of Architecture in Zürich on the structure.

‘Christian said he wanted to have a pavilion on the most important public space in Zürich,’ recalls Emerson. ‘We were told 1,000 times that it’s impossible to build on the lake, that it’s a “sacred” space, but both of us were naïve enough as foreigners not to know that you “couldn’t” do it.’

The pavilion was conceived with a dual function: to show documentary footage of encounters between the artists of the biennial and their professional hosts, and work as a pool.

‘In Zürich there’s the tradition of the badi – the swimming baths – and they’re unbelievably popular,’ adds Emerson. ‘The badi go right down the river and they’re super important and loved. They use the water in which they sit, which is really amazing quality, straight off the mountains.’

A body of water with a giant LED screen above it sits at the centre of the pavilion, acting as a swimming bath and reflecting pool for the film.

Stepped wooden amphitheatre-style seating leads down to the bath, which is surrounded by other wooden structures including changing rooms, a bar, a sunbathing deck, and a tower (which echoes the church towers visible across the city).

‘The main inspiration is the town square’, says Emerson. ‘It has the fountain in the middle, which in this case is the badi and that’s surrounded by a series of different buildings which are similar in some respects but each one has a different function and different form.’

The structure is constructed from soft wood culled from Swiss forests last year following a beetle attack, and which would otherwise have been pulped.

Emerson has undertaken projects with his students in the past but this is the most complex. Perhaps the most surprising outcome, he explains, is their enthusiastic engagement with aspects such as budgeting and health and safety that would normally have sent them to sleep.

It was also, Emerson notes in parting, clearly a bit of a wrench for them to see their passion project released into the world, and suddenly transformed into Zürich buzziest new public space.


Read next: Go inside the British Pavilion exhibition Home Economics at the 15th Venice Architecture Biennale 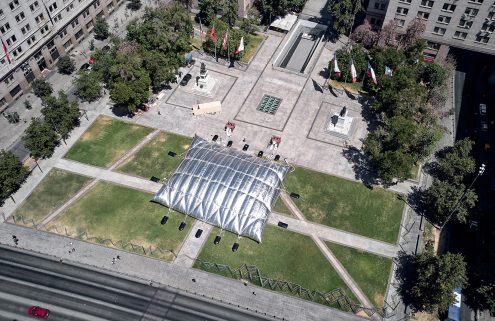 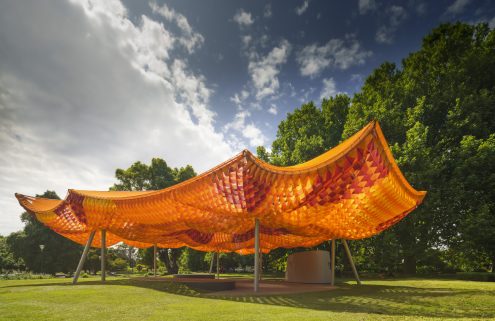 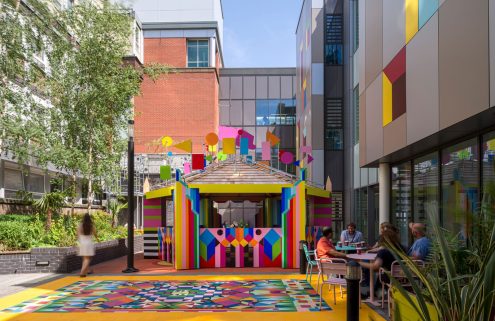