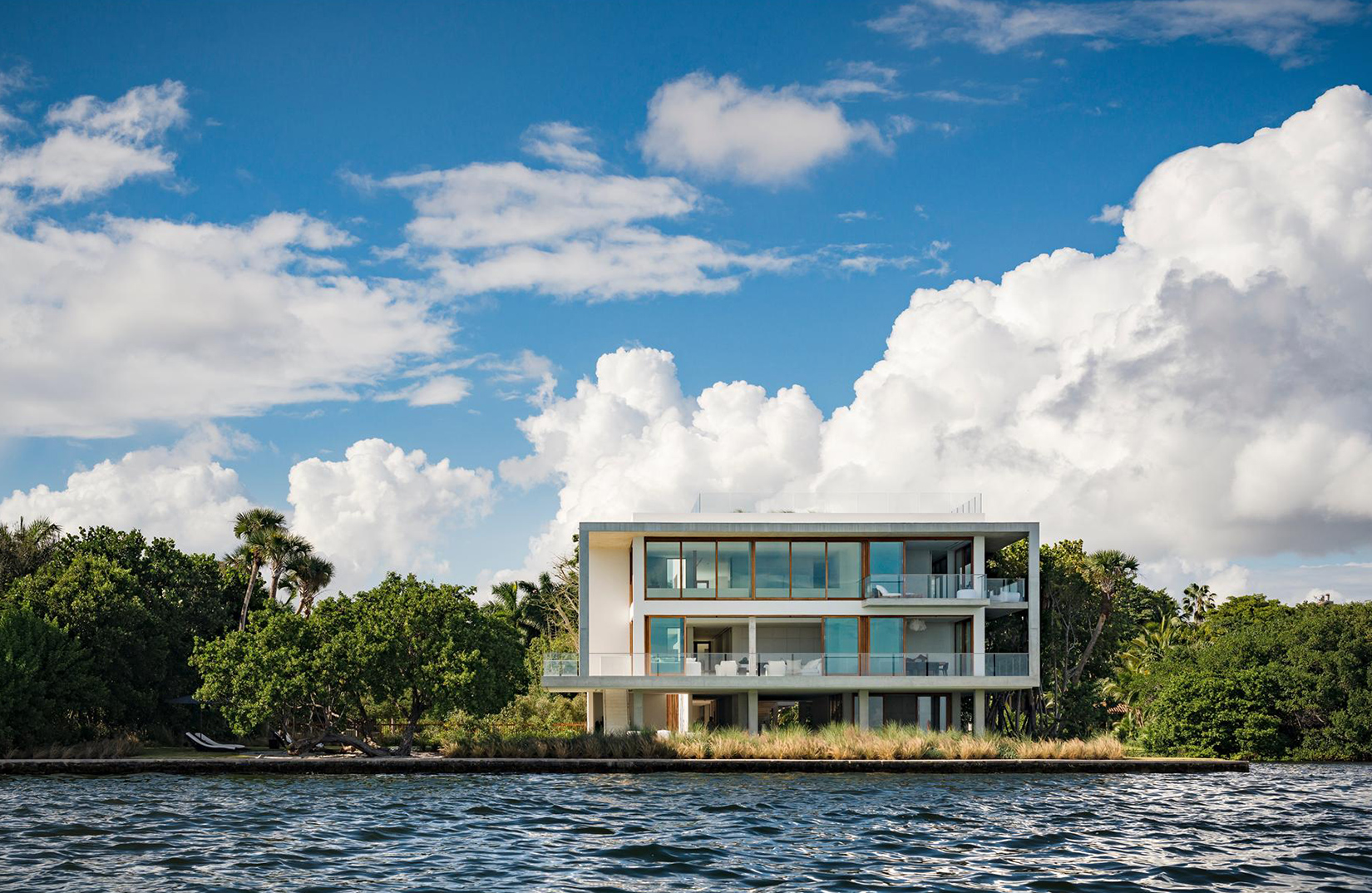 Director Alejandro Landes has listed the Modernist home he designed on Miami’s waterfront for an eye-watering $50m, less than a year after completing it.

The Colombian-Ecuadorian filmmaker made the leap into architecture in 2013, teaming up with architect Jerry Gavcovich to realise his plans for the 20,000 sq ft property, which took two years to build.

Casa Bahia sits on stilts overlooking Biscayne Bay and its boxy form was partly inspired by the tropical Modernist buildings of Richard Serra and Marcio Kogan.

‘In Casa Bahia, I tried to do what I do as a filmmaker: frame life and time in a way that connects the outside with what’s inside,’ says Landes.

The three-storey house – now on the market via Pablo Alfaro at Douglas Elliman – is wrapped in a concrete deck, while floor-to-ceiling glazing frames cinematic views of the ocean.

Landes enlisted his mother, Catalina Echavarría, to create Casa Bahia’s pristine interiors. Its jewel is a ‘floating’ staircase which connects the shaded lounge of the ground floor to a dramatic double-height living space on the main level.

‘The idea of the house is a raw, exposed concrete frame, and inside you have a skin, which is teak, glass and white stucco, and these big spans of balconies,’ says Landes. Doors are also floor-to-ceiling in height.

Read next: Go inside an artist’s live/work apartment for sale in Tribeca