Notting Hill’s blue-and-pink Entrée cafe is arranged around a central gathering table – in a nod to Georgia’s hours-long supra feasts.

The huge oval table is piled high with Georgian pastries and breads and is described by designers Holloway Li as ‘the heart of the design’, and ‘a symbol around which an imagined feast might unfold’.

And the references to the country don’t stop there. Mirrors and artwork inspired by Georgian calligraphy cover Entrée’s walls, while the bakery’s many arches are a reminder of the decorative balconies found in its capital of Tbilisi.

If the colour palette feels familiar, that’s because Holloway Li based the space on a sweet shop scene from Wes Anderson’s 2014 film, The Grand Budapest Hotel.

The pair also took inspiration from Anderson’s theatrical approach, installing a pink ‘curtain’ partition that forms a stage-like space for the serving counter. The ‘audience’ sits in blue leather banquettes and can peer further into the arches of the London cafe to see the kitchen hard at work. 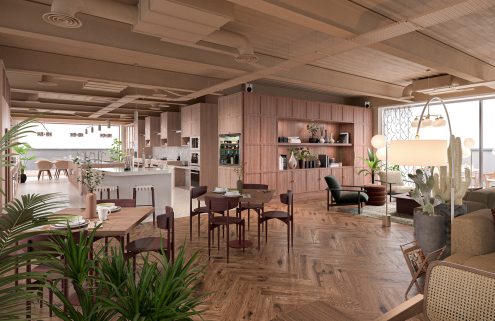 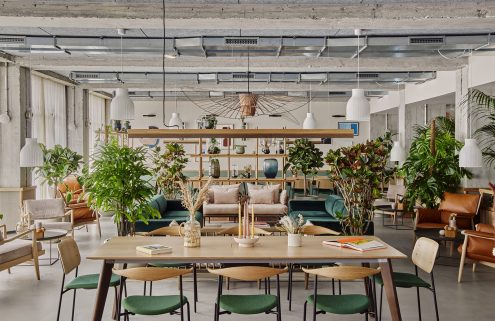 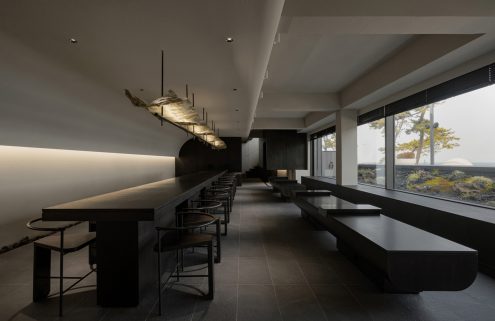