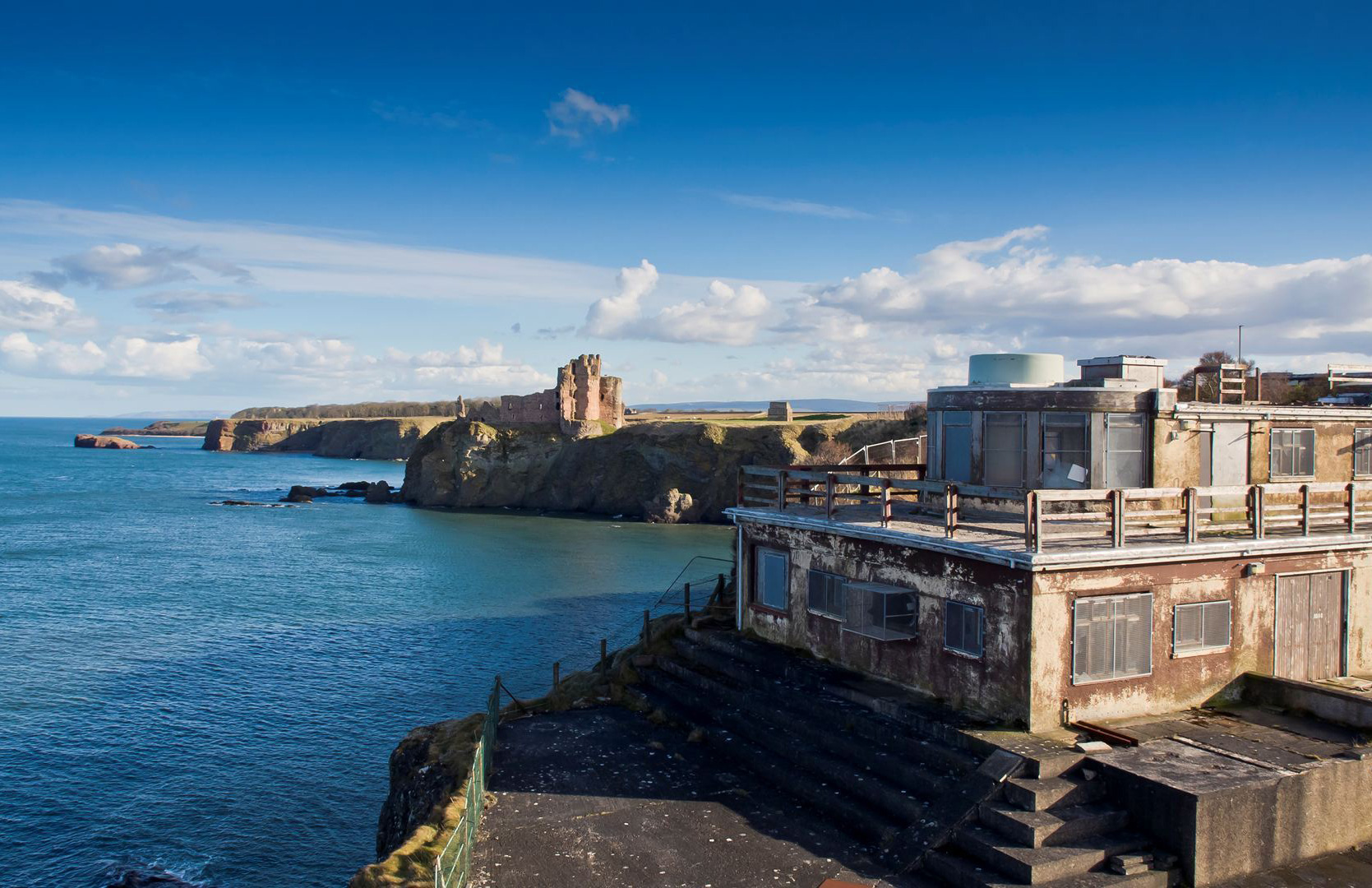 This clifftop naval base in Scotland’s East Lothian comes with a dramatic history – and views to match.

The Gin Head Admiralty signals base in North Berwick was opened in 1943 to help develop radar for the Royal Navy, including radio countermeasures used in the D-Day landings on 6 June 1944.

Decommissioned in the 1950s, it was used as a research facility until the 1990s before being abandoned. Now the naval base is on the market £3.5m via Domus Nova, ready for adaptive reuse as residences.

Planning permission has already been granted to turn the flat-roofed buildings into two live/work villas, connected by covered walkways. Italian practice Lazzarini Pickering has created the plans for the 26,000 sq ft clifftop dwelling.

‘In keeping with the siege and combat history of its location, we’re designing a modern fortress,’ says the firm.

A major selling point, however, is the Scottish property’s vistas of the sea and East Lothian’s rugged landscape. These include the ruins of 14th-century Tantallon Castle (just 300-metres along the cliff edge); the largest gannet colony in the world at Bass Rock, and Scotland’s extinct volcano, North Berwick Law.

Editor’s note: A version of this story first appeared in June 2017. It was updated on 22 July 2019 to reflect its new pricepoint and sales agent.

Read next: Live like you’re in a concept store with this apartment 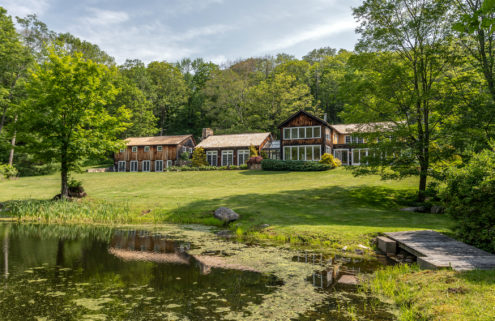 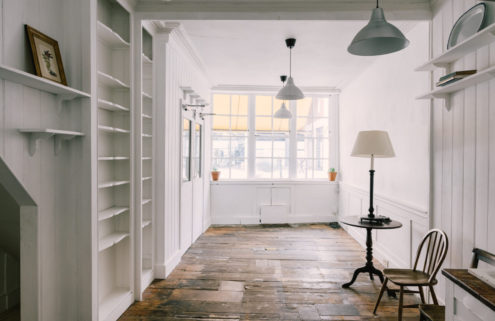 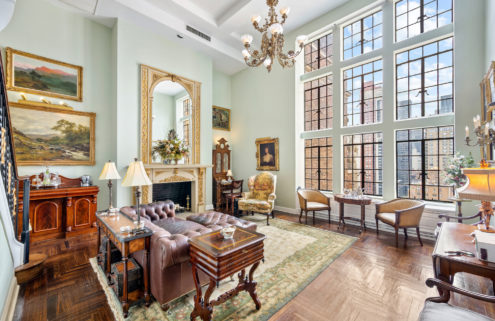