Architecture I by Demar Matthews

Public space is the political frontier of architecture where gender, race and sexuality are confronted every second. In California, architect, activist and pioneer of the Black Aesthetic movement, Demar Matthews is embarking on a summer-long project to create beneficial and safe public spaces for Black and Brown people in Los Angeles’ South Central community.

These joyful parkettes and pop-ups will encapsulate the functional needs of the neighbour’s residents (most of whom come from the Latino and Black communities) while posing questions about the nature of public space: who acts as its gatekeeper? Who is it designed for, and who gets to enjoy it? How do we make it safe for purpose? And why is this dialogue necessary?

In his first essay for The Spaces, Matthews shares his own experiences of public space as a Black CIS-gender man and how he’s working to establish the Black Architectural Aesthetic that drives his parkette project, created in collaboration with designer Robert Clarke of RALX.

A little over a year ago, while finishing my Master’s degree, I attended the groundbreaking for an amazing infrastructure project called ‘Destination Crenshaw’ in Los Angeles. The Crenshaw District is a well-known neighborhood in South LA, which has the densest population of Black Americans west of the Mississippi. This was the first time I’ve heard of a public space project of this scale taking place both in a Black neighborhood and with an ‘unapologetically Black’ design concept.

“Where is the Black space? Does it only exist in Black neighbourhoods?”

There were vendors lined up, the shops in Leimert Park were packed, and live music played at a stage in the center of the festivities.

I was taking pictures of Black and Brown people dancing in front of the stage when I noticed eight or so white people standing along the edge. They never stepped off the curb and fully participated in the event, and I wondered why. The next day, I told one of my classmates about it. He said he also wouldn’t have stepped off the curb, and when I asked why, he replied: ‘Well, I wouldn’t have been comfortable; It’s not my space’.

Perplexed, I looked around the studio, where I was the only Black student, and asked, ‘How do you think I feel here? Or when I leave a Black neighbourhood? Or when I go to a mall? Or a park?’

When I go to these places, they are almost always based on European design concepts. ‘Pedestrian-scaled streetscapes and an overall European aesthetic creates a spirited sense of place,’ said Rick Caruso, CEO of Caruso Affiliated – the development company behind LA shopping centre The Grove. A sense of place for who?

Should I feel less comfortable here than at the Crenshaw groundbreaking?

Caruso and my classmate are saying nothing new or surprising, but it still fucked up my head. I had so many questions. Where is the Black space? Does it only exist in Black neighbourhoods? Who decides who designs all these public spaces?

“In 2021, my generation is what we call ‘With the Shits’. In layman’s terms, it means we are fighting back”

Academic studies have shown that American society is filled with overwhelmingly white neighborhoods, schools, churches, workplaces, restaurants, and shopping centers. As displacement and gentrification continue to plague Black communities in L.A., more Eurocentric design will make its way into sacred Black neighborhoods. Communities like Africatown are fighting to stay put, and this is the result of policy and urban planning – which have always played a major role in using segregation as a tool of white supremacy. We can’t depend on the local government to fight for our space.

In 2021, my generation is what we call ‘With the Shits’. In layman’s terms, it means we are fighting back, speaking up, and ready to get into ‘good trouble’ by working directly with local communities and creating a network of Black space and landmarks.

These will include parkettes, interventions at bus stops, small vendor spaces, and underserved pieces of land in South LA.

Each installation is designed using Black Aesthetics; an architectural language derived purely from Black culture, which my colleague Robert Clarke and I have been working to develop for the past two years.

Our goal is to tell stories of Black neighborhoods through design, and for each design to include four things: a place to rest, a place to play, a place to learn, and a place to eat.

They may or may not be permitted, but if they are not…. we didn’t do it. 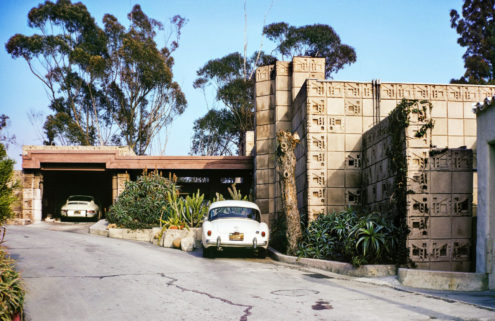 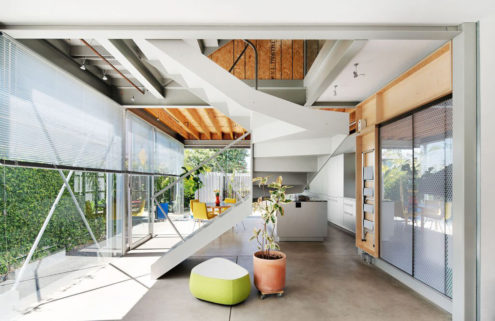 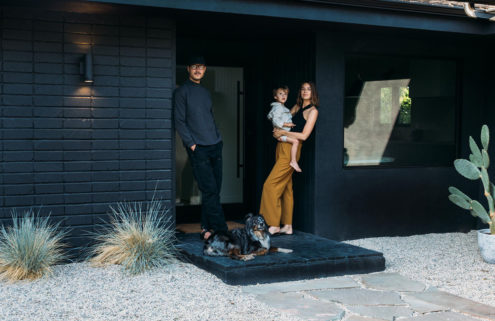