Architect’s minimalist NYC-style loft is for sale in Melbourne 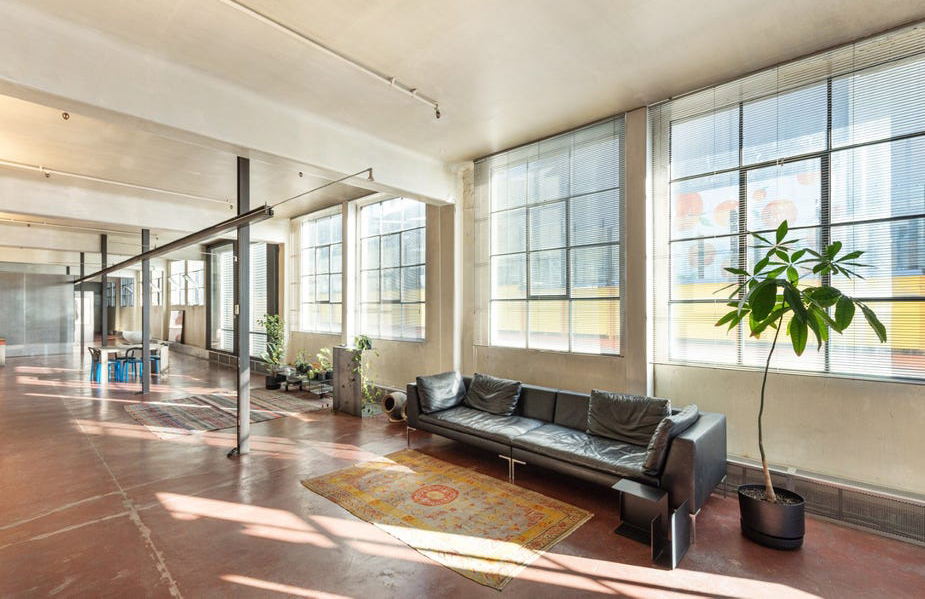 The penthouse loft of Melbourne’s historic Toronto House is for sale for the first time, spanning 3,600 sq ft in the commercial heart of the city.

Denton Corker Marshall founding director Professor John Denton and his wife, artist Susan Cohn have owned the vast fifth-floor loft for 30 years. It’s one of just five apartments inside the building, which dates from 1924 and was bought by the couple as part of a five-owner consortium, in 1991 following the collapse of the Pyramid Building Society.

Inspired by the fabled NYC lofts of the 1970s, Denton did little to alter the space, choosing instead to celebrate its rugged character.

‘We haven’t repainted or done anything, the floor is a sort of terracotta-coloured concrete floor and it’s all part of the character,’ Professor Denton told Real Commercial.

Steel-framed, operatable warehouse windows span the walls, while ceilings reach 3.77-metre-high throughout. The Melbourne loft has two balcony terraces with views to the north and east respectively and period features include a front and rear access elevator that dates from the building’s completion.

The East End central penthouse is offered for both commercial and residential use and is for sale via Colliers with a guide price of $4m AUD. International expressions of interest close Friday 18 June at 12pm AEST.