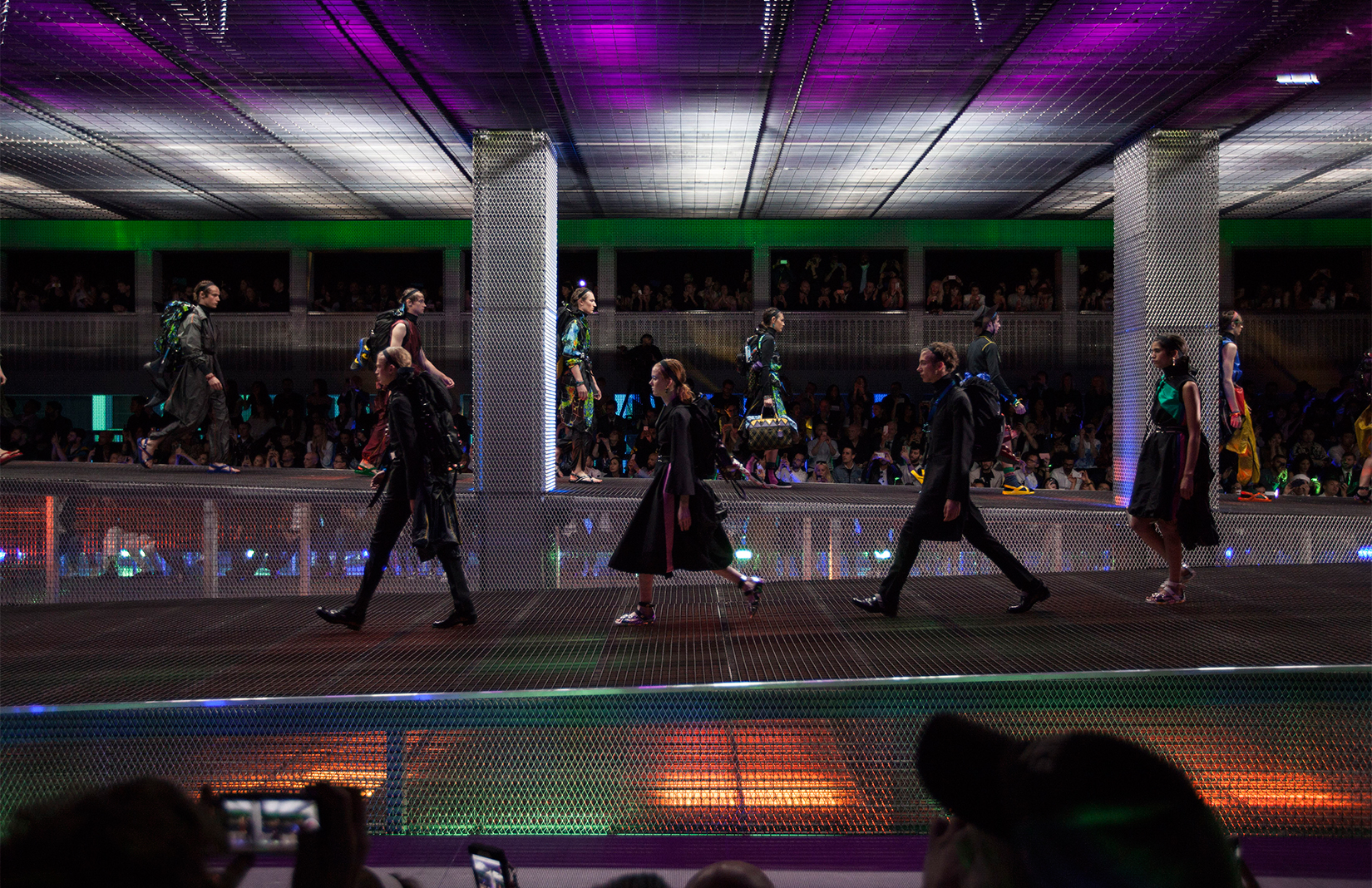 Models appeared to hover above the catwalk of Prada’s SS17 show yesterday, which took place in a space age metallic set in Milan.

AMO – the research arm of architect Rem Koolhaas’ OMA practice – designed the installation inside the fashion house’s Milan base, using metallic meshing to create a showpiece ramp. Tiered seating, which AMO calls ‘tribunes’, were arranged along the perimeter of the room.

‘The models walk in the center at a controlled distance from the audience, virtually levitating in the space,’ describes the studio. ‘They ascend onto the elongated slope of the ramp incessantly, disappearing towards the vanishing point.’

AMO also gave a nod to its past Prada fashion show sets by leaving traces of old designs – such as the balcony seating from its A/W 2016 display – on the periphery. 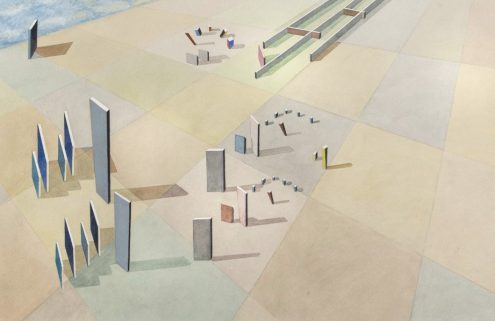 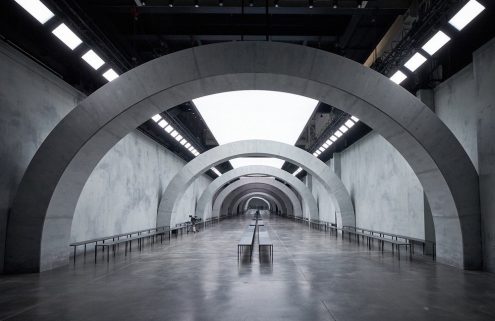 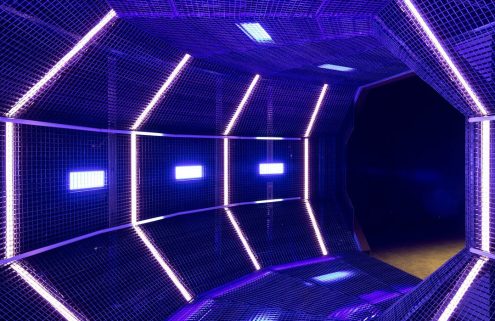